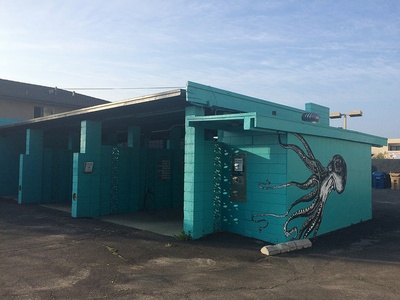 There was a coin-operated, self-service car wash at 6584 Madrid, established probably in the 1960s or 1970s. The structure is still there, but now it's a bike shop called the Isla Vista Community Bike Center. It has a mural of an octopus by Meghan Hart. 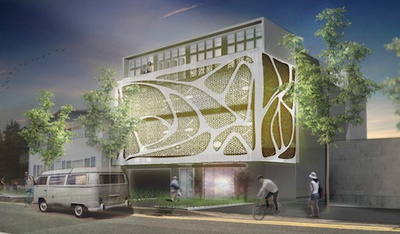 From the real estate listing

In 2015, the owners put a plan in front of the Santa Barbara County Board of Architectural Review (page 2) to convert the car wash into three kitchens made of shipping containers, but the board didn't like the plan. They asked for significant modifications and further review. 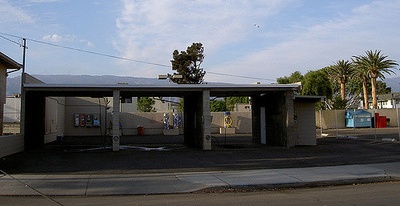