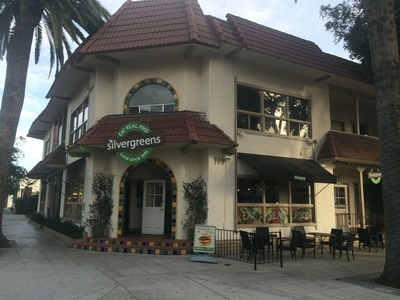 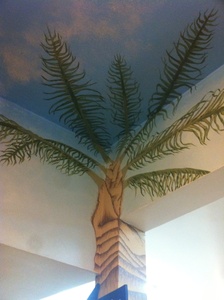 March 2011, by Britta Gustafson (CC BY-SA)Silvergreens is a restaurant that serves a variety of healthy-type meals.

Silvergreens tries to be very transparent about the nutritional content of their food. Rather than just having an optional "nutritional facts" menu, they total key nutritional facts to print directly on to your receipt, something they spun off as a company called Nutricate, in the hope of bringing this feature to many more restaurants. Nutricate was later acquired by a larger company.

Silvergreens was founded in 1995 by Jay Ferro, a UCSB graduate and local resident. The company opened another branch in downtown Santa Barbara in 2008.

They used to have palm trees painted on the columns in the dining area. 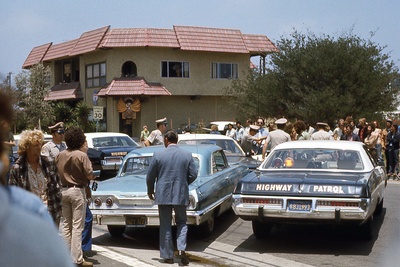 The building in fall 1973, by Steve Owen