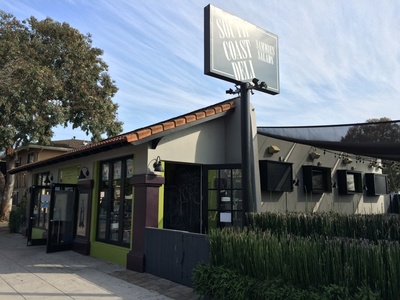 South Coast Deli is a sandwich shop, part of a small local chain. This location opened in 2011 and includes a special called the "Walk of Shame". A student reviewing the newly-opened business said “This place will fuck Subway’s shit up for sure.”

Story of the building

The original Habit and Kinko's in the 60s and 70s

This location was the first location of The Habit in 1969 (which later left Isla Vista, but recently returned across the street). You can see an old photo of the building on The Habit's website. 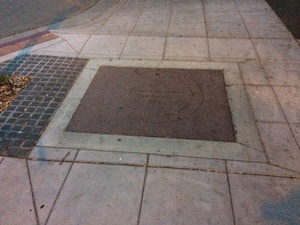 Then in 1970, this was the first location of Kinko's: "With funds from a $5,000 loan in 1969 from the Bank of America, cosigned by his father, he leased an 80-square-foot former hamburger stand in Isla Vista, near the campus of the University of California at Santa Barbara, and rented a small Xerox copier, charging customers four cents a page. He and a few friends also sold about $2,000 a day worth of notebooks and pens out of the makeshift store, wheeling the copier out on the sidewalk when the premises became too crowded."

There's a tiny photo of the original location on Orfalea's website (under "The Seventies"). And there's a plaque on the sidewalk marking this as the first Kinko's location! It was placed in 2005, and at the ceremony, the founder (Paul Orfalea) talked about the early days of the business: “[My coworkers and I] didn’t really know how to run these machines,” Orfalea said. “And if we couldn’t fix a problem we had, we’d just go surfing.”

In the mid-1980s, it became McBurley's, a locally infamous beer and burgers place (here's a story about 25 cent beers and peeing and the IV Foot Patrol).

Then it was Espresso Roma, a well-regarded coffee shop...and then the building was mostly empty for several years.

In 2006 it was briefly Isla Vista Spot, a Persian restaurant and hookah bar (after issues with building permits), and in 2010 it was briefly On the Side (a burger place).

In spring 2011, Associated Students wanted to invest $250,000 to turn the location into an "organic, local food operation" as part of a "Student Food Collective". That apparently didn't work out though, since South Coast Deli moved in that fall.