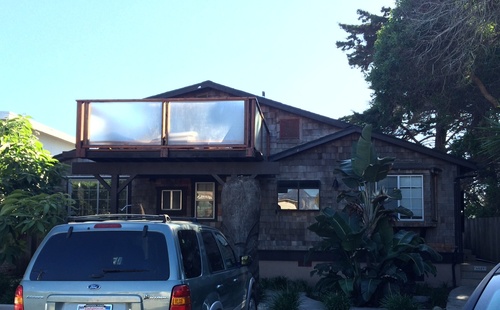 The Tiki House is a house at 6589 Del Playa (ocean side), known for parties. In 2012 the house was moved back 30 feet from the cliff, since the cliff has been eroding over time. A video about the move emphasizes that the house was built in 1905. (Here's the county zoning review document about the move, although it doesn't say much.) 1905 would be very unusual for IV, and it's hard to confirm that date. County assessor's records for the house say 1928. 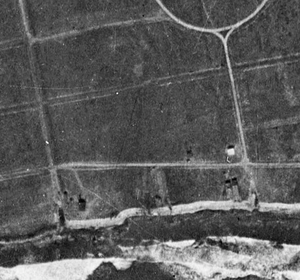 In this aerial photo from 1928, at lower left there's a house in approximately the location of Tiki House - is it the same house? (From the UCSB Special Collections Library.) 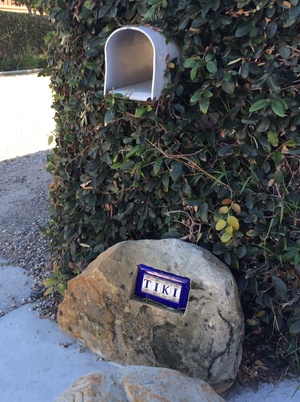