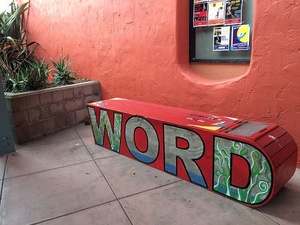 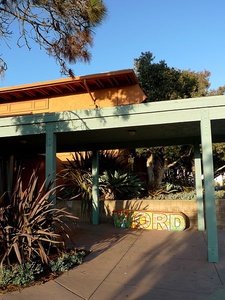 The goal of WORD Magazine is to give attention to arts and culture in IV that wouldn’t necessarily be exposed otherwise. It is also to alter any negative views people, inside or outside of our IV community possess.

In 2007, Kim Yasuda stumbled upon a paper pamphlet titled I.V. Lifestyle depicting bodies composed of red solo cups in explicit positions, sexist remarks, and the staff's affinity for binge drinking. Seeing that the community did need its own outlet—but the right one—she recruited another UCSB professor, Ellen Anderson, who was the director of the acting department and a playwright. DJ Palladino, a local journalist for the Santa Barbara Independent whose brother is a professor in the film department, came onboard as well. And thus: WORD Magazine.

Today, the magazine publishes 3500 copies quarterly, as well as hosting various events and continuing to establish themselves as enthusiastic community members. WORD is the self proclaimed arts and culture magazine of IV and UCSB, and they cover a wide range of topics—some of these include the local artists, local shows, events in IV, IV history and politics, profiles of locals (from Pirate to Professors), and a calendar of events for each quarter.

At first, WORD was just a magazine, but now it's starting to form its own community within the IV community. The staff is usually limited to about 30 UCSB students, who have to get prior approval to add the class—meetings take place Fridays at 3 every quarter, and it is a four unit class. The grade consists of your work for publication, your punctuality, and the special project you do. A special project is anything that spreads WORD in the community, and has a positive impact on IV. Notable projects include the WORD bench outside of IV Theatre, and the music festival WORDstock.

WORD is a free publication, and can be obtained at most local IV businesses, from the WORD bench, or from newsstands around IV. 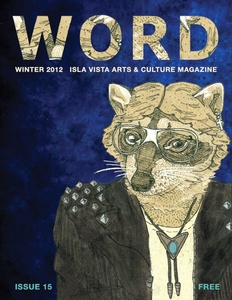 The cover of one of the issues