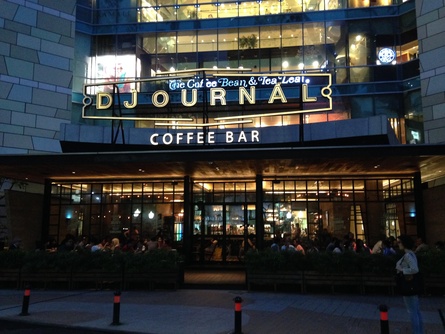 The outside entrance of DJournal Coffee Bar at Grand Indonesia. Photo 2014. 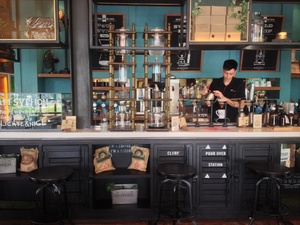 Back coffee bar at DJournal Coffee Bar, Grand Indonesia, 2014.Awesome coffee shop at Grand Indonesia.  Has wifi. Outlets available at some tables. Update: Wifi is beyond unusable (Oct. 2014), dropping everyone's connection every ~1 minute. Tested for several days. Only net access is via your personal 3G tether.

Open everyday, 9am to 10pm. Grand Indonesia mall opens at 9:45am but DJournal's exterior entrance is open earlier than that.