Welcome to the Jaipur LocalWiki!

Jaipur is the largest city in Rajasthan and was built in the eighteenth century by Sawai Jai Singh as India's first planned city. Jaipur is a major tourist attraction amongst Indian as well as international travellers. It belongs to the tourist Golden Triangle of Delhi, Jaipur and Agra. It hosts several attractions like the City Palace, Govind Dev ji Temple, Vidhan Sabha, Birla Temple, several massive Rajput forts and so on. It also serves as a stepping stone for travelers heading to the desert cities of Jodhpur, Udaipur and Jaisalmer.

Now Jaipur is growing fast and various development projects are being undertaken by the government and private enterprises. The town planning and infrastructure development in Jaipur is quite above the mark relative to many other Indian cities.

Jaipur is often called the Pink City in reference to its distinctly coloured buildings, which were originally painted this color to imitate the red sandstone architecture of Mughal cities. The present earthy red color originates from repainting of the buildings undertaken for a visit by the Prince of Wales in 1876.

Jaipur gets its name from its founder Maharaja JaiSingh II (1693-1744) the great warrior and astronomer. He came to power at the age of 11 on the death of his father Maharaja Bishan Singh. Jai Singh’s lineage can be traced back to the Kucchwaha Rajput, clan who came to power in the 12th century. They were long-term rivals to the Sisodia Rajputs who ruled from Mewar. This rivalry led them to ally with the Mughals, and this alliance resulted in them eventually gaining a pre-eminent position in Rajasthan.

Ruling from the magnificent Amber Fort which they built, the might of the Kucchwahas encompassed the kingdoms of Mewar (Udaipur) and Marwar (Jodhpur). After Jai Singh came to power, there was moment of disquiet when he supported Aurangzeb’s son Azam Shah’s bid to the throne. Azam Shah lost the battle of succession to his brother Bahadur Shah, who demanded Jai Singh’s removal and the installation of Vijay Singh to the throne of Jaipur. Jai Singh, not one to take setbacks lying down, formed a formidable front against the Mughals by aligning himself with other Rajput states and reinstated himself.

After the dust had settled, peace reigned and the kingdom prospered and its borders expanded. Jai Singh built the city around the Amber fort to serve as his capital, and the city was named Jaipur, after himself. Much of the credit for Jaipur goes to Vidhyadhar Bhattacharya, the chief architect from Bengal who, with Jai Singh’s approval, founded the city on strong scientific principles, laid out according to the Shilpa Shastra, the ancient architectural manual. It remains one of India’s best planned cities.However, expansion meant that the limited sources of water proved inadequate for the city.

After Jai Singh’s death in 1744, his sons squabbled for power and without a monarch, the kingdom became open to invasion and neighboring Rajput states and the Marathas usurped large areas of kingdom. The core, however, remained part of the kingdom, which lasted during British times. As with the Mughals, Jaipur maintained good relations with the British and during the war of independence in 1857 remained loyal to the Raj. Yet, the British gradually began to undermine the independence of the state and exercised greater control over the administration.

In 1876, Maharaja Ram Singh painted the entire city pink, traditionally a colour associated with hospitality, to welcome the Prince of Wales (later King Edward VII) to the city. The tradition has been maintained and today all residents in the old city are compelled by law to preserve the pink colour. Jaipur got the sobriquet of pink city.

Maharaja Ram Singh also built the Ramgarh Lake to supply water to the burgeoning city. During the 19th and 20th centuries, the city’s population spread beyond its walls. In 1922, Man Singh II ascended to the throne and it was during his reign that civic buildings like the secretariat, schools, hospitals and other public buildings were built. After independence, Jaipur merged with the states of Jodhpur, Jaisalmer and Bikaner to form the state of Rajasthan. In 1956, Jaipur became the capital of the state of Rajasthan.

Jaipur Airport (IATA: JAI, ICAO: VIJP) is situated in the satellite town of Sanganer and offers sporadic (chartered) service to London and Dublin. Flights to  Singapore and Bangkok are available via Delhi. Direct flights to Sharjah, Muscat and Dubai are also available.

Jaipur also has daily domestic air links with many Indian cities such as Jodhpur, Udaipur, Delhi, Hyderabad, Indore, Mumbai and some more.

One plus point for those flying out of Delhi is that the Delhi airport is close to the highway, so you could reach the airport without entering the city.

The most popular option from Delhi is the Shatabdi express which departs New Delhi station at 6:05AM and reaches Jaipur at 10:30AM.

There is an excellent bus service between Jaipur to Delhi by Rajasthan State Road Transport Corporation (RSRTC) with buses approximately every half an hour both sides. non-A/C and AC Volvo bus services are offered. A/C Volvo costs about Rs 600 per seat and the bus is taken through well maintained highway and has good shock absorbers. From Delhi you can board the bus from Bikaner House on Pandara Road next to India Gate. From Jaipur you can board the bus from Narayan Singh Circle or the main Sindhi Camp bus stand. You can also book tickets up to 6 days in advance from both these places. These buses typically take 6 hours (by Volvo) or 6-7 hr by other buses. You can also book your bus (govt.) tickets online at [www.rsrtc.rajasthan.gov.in]. There are also some private bus operators from Dhaula Kuan in Delhi and outside of Sindhi camp in Jaipur. No need to make advance reservations and cost is Rs 150 for a seat and Rs 250 for sleeper on an A/C bus but these buses are taken through bumpy backroads to avoid toll roads and their shock absorbers are not good.

Also note that if you plan to leave from Delhi airport, you can get off the bus at Dhaula Kuan and get an autorickshaw (to the bus stand) or perhaps a taxi from there. You do not need to enter congested Delhi.

Express buses to several cities and towns within Rajasthan (such as Kota and Bundi) are also available.

This is the most popular way of reaching from Delhi. The journey by car from Delhi to Jaipur takes 4-5 hrs. National Highway no. 8 connects Delhi to Jaipur via the industrial township of Gurgaon. The road is excellent is parts and under construction in others. (Do ask about the current conditions on the road as sometimes the journey can take up to 7 hours if you run into traffic in the construction zones)

There are many car rental services in Delhi and Gurgaon which can provide chauffeur driven cars to Jaipur, Car Rental Company offer online Cabs and Taxi Booking facility with the well mentioned chauffeurs. 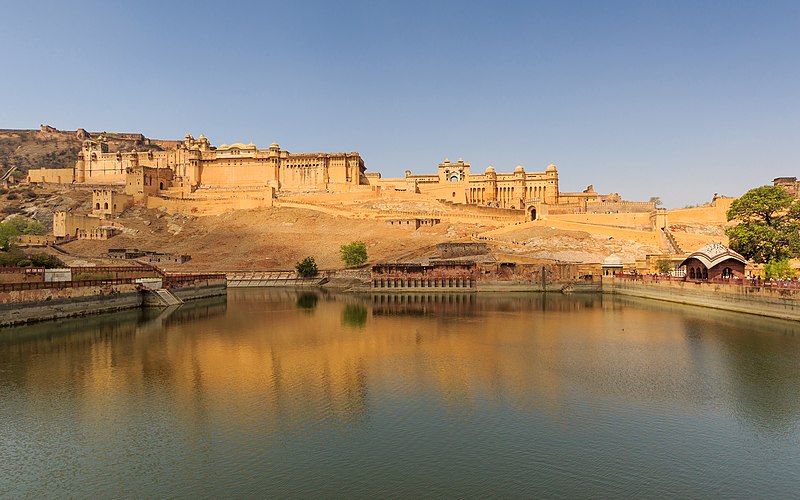 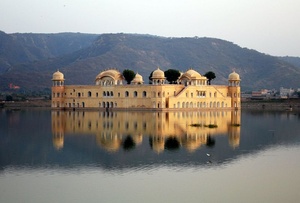 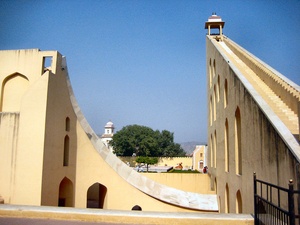 Home-stay for musicians, artists and movie makers- Want to record songs and make a few videos of the music and cooking workshops which I conduct. I play Indian primitive instruments and write some music but lack technical knowledge of the recording and edit process. If your a musician or have camera and edit skills then you can help with my music and video bit. If your some other kind of artist or posses some skill then you can help me with a few other projects I am working on or will start in near future. At the moment there is an old bicycle which is in process of getting new life arty style and some urban organic terrace/home farming. In short if you have a skill and want to exchange that for free accommodation and food then please do contact via the links given below. Can email [email protected] for more info or can Telephone +91-9414076951

Jaipur has an excellent selection of expensive places to be treated like a maharaja for a day or two, most of which are many times booked a year in advance. Though the list is endless, a few of them are: