Jane’s Walk is an annual celebration of people and cities held around the world on the first weekend of May. Through the simple act of walking together and discussing what makes a neighbourhood, Jane’s Walk helps knit people together into strong and resourceful communities. Created in 2007 in Toronto by friends of the urban thinker Jane Jacobs, the annual series of free, volunteer-led urban walks has grown from 27 to over 500 walks, from Calgary to Canberra and Sao Paulo to Kitchener!

Our walk will begin by examining some buildings that show our industrial past. Some of these are still active in manufacturing but most have been renovated for a variety of post-industrial uses. We will end with an organic farm in the heart of the city which points to exciting future uses of land.

Meeting Place:
Breithaupt Street in front of the Breithaupt Block

Mount Hope Cemetery has monuments with birth dates going back to the 1700’s. Located in the heart of the city within minutes of both downtown Kitchener and Waterloo, Mount Hope Cemetery is the last resting place of many of the industrialists that made Berlin (now Kitchener) such an industrial powerhouse: Kaufman, Lang, Krug, Rumpel… On this tour, we visit the monuments of these people, plus some lesser known personalities – including part of Kitchener’s connection with the underground railway used by many to escape slavery in the southern states. We’ll also learn about the person who was the mayor of Berlin when it became a city 100 years ago and historical context of the name change from Berlin to Kitchener in 1916.

Community to The Power of 10
Guided by Juanita Metzger, Sue Weare, Karen Kwiatkowski

What makes some places & spaces in our community, just, work? What it is about a space that draws you to it? What makes it feel vibrant, dynamic, safe… or not?

Drawing on the concept of The Power of 10 (developed by the Project for Public Spaces, New York), this walk will explore 4 destinations in Downtown Kitchener where we can experiment with and apply the principles of the Power of 10 to find the hot – and not – spots. The Power of 10 will give you a simple framework to examine public spaces in your community and your own neighbourhood, a simple tool to help visualize the possibilities for making a great place. 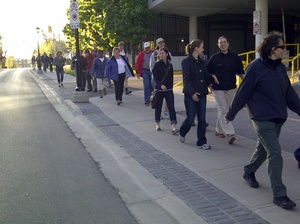 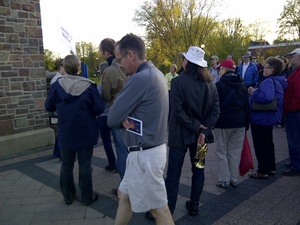 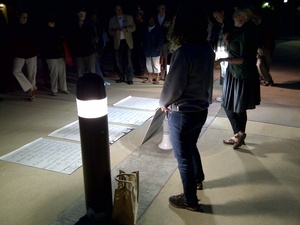 Wrap up - Centre in the Square

A Tour of East Downtown Kitchener
Guided by James Howe

We’ll start where most people consider to be the eastern edge of the downtown core and walk towards along King St. E. towards Ottawa St.

Along the way, I’ll indicate points of interest such as restaurants that may be new to you. We’ll also look at the opportunities that exist in the area as a result of its new mixed use zoning and the LRT line.

While we’ll end near King & Ottawa (where based upon the group’s interest either City Cafe or Dairy Queen), you are encouraged to continue the walk further east towards Montgomery including Rockway Gardens.

This walk is reflects the community building and urban planning posts on James’ blog “Perspectives from King and Ottawa.” In particular, it will look at why he believes east downtown Kitchener requires a Community Improvement Plan. It will also touch upon issues explored in his post about the future of the industrial lands in the area. 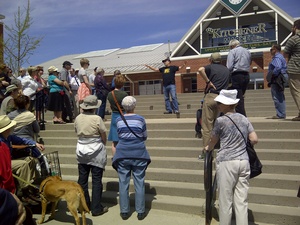 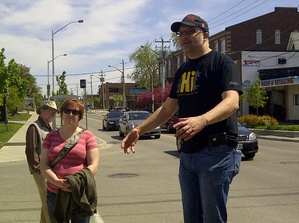 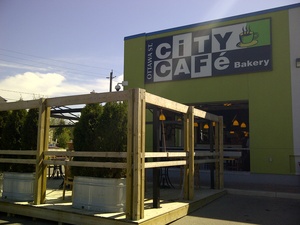