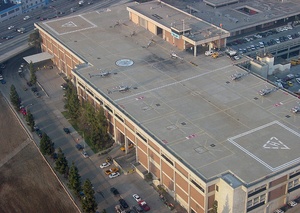 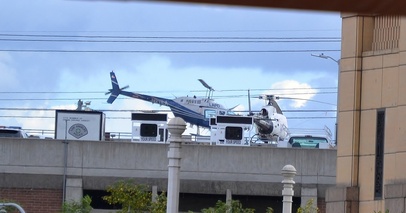 The Jay Stephen Hooper Memorial Heliport is a city-owned, private use heliport located in downtown Los Angeles.  It is the world's largest rooftop airport, and is home to the LAPD's Air Support Division.

The Center for Land Use Interpretation had an exhibit about LA's helipads in May 2009.

The heliport is on top of the C. Erwin Piper Technical Center, a general services building for the city.

It hosts an annual chili fly-in.

As seen from the nearby Amtrak tracks: 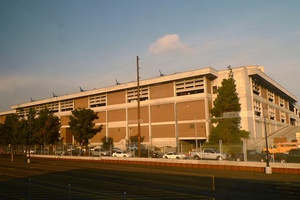