Welcome to the Las Vegas LocalWiki!

A website about Las Vegas that anyone can edit 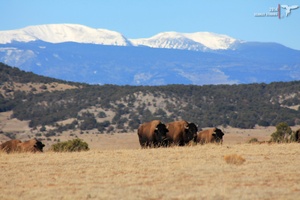 
Las Vegas was established in 1835 after a group of settlers received a land grant from the Mexican government. The town was laid out in the traditional Spanish Colonial style, with a central plaza surrounded by buildings which could serve as fortifications in case of attack. Las Vegas soon prospered as a stop on the Santa Fe Trail.

<div> During the railroad era Las Vegas boomed, quickly becoming one of the largest cities in the American Southwest. Turn-of-the-century Las Vegas featured all the modern amenities, including an electric street railway, the "Duncan Opera House" at the northeast corner of 6th Street and Douglas Avenue, a Carnegie library, a major Harvey House The Hotel Castañeda, and the New Mexico Normal School (now New Mexico Highlands University).

Highlands University
Traveler's Cafe
Art Essentials
Art by Gene
With the Rocky Mountains to the west, the Great Plains to the east, and the Chihuahuan Desert to ...
Las Vegas National Wildlife Refuge
Explore more pages