Dark Windows is a work of fiction by Neil Coombs featuring a Liverpool Anarchist called Mike War who helps to unravel a conspiracy involving the death of jean-Luc Godard in North Wales. Below is a brief extract from the book. 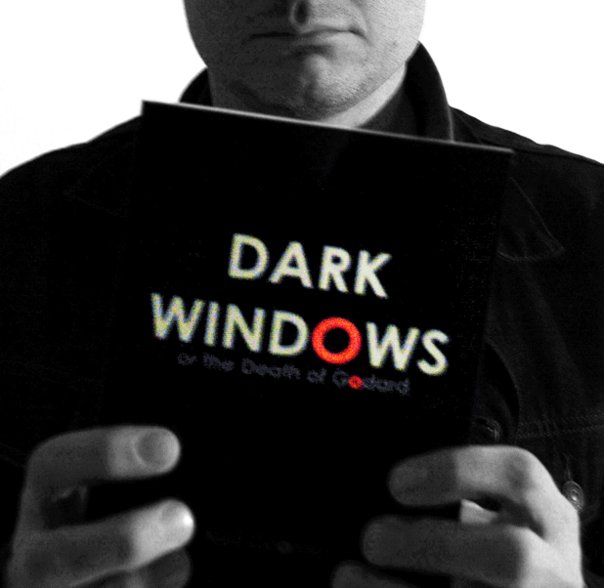 " Mike War was an Anarchist from Liverpool – a political agitator from that most radical of British cities. In the 1980s he had been instrumental in setting up the Mutual Aid Directorate: An Anarchist co-operative, whole-food distribution network and publishing organisation based in a four storey squatted house on Fleet Street in Liverpool city centre. Fleet Street is now part of the city’s ‘cultural quarters’; a bland Euro-pudding of bars, clubs, galleries and offices with expensive loft apartments replacing the rooms where the revolution was once planned. He had kicked against the system throughout the 1980s – pirate radio, poll tax riots, flying pickets and Molotov cocktails – all used in the battle against the Conservatives - a response to Thatcher’s war against Liverpool, her war on socialism, unions and communities. Mike had been angry about it all: Public utilities were sold off; industries were closed down; whole communities were left to rot and greed became good… but Mike hadn’t given up – he was much more radical than the Militant Tendency. Pirate radio morphed into community radio, the City of the Left became the City of Culture and the issues slowly became global. He was now part of a loose worldwide resistance movement against the Capitalist hegemony and the destruction of the world – just the sort of person that the Dark Windows might be watching.

Mike knew what he was against: He was against corporate globalisation of the world, he was opposed to trans-national corporations and the international bodies that supported them: The World Bank, the International Monetary Fund and the World Trade Organisation. He was against free trade, pharmaceutical patents, the destruction of the environment, the oppression of women, the exploitation of labour, genetic modification, inequality, debt and war. He was fighting the forces of conservatism and neo-liberalism. The agenda-setters who control language, dreams and thought were his enemies - Mike was at war with the modern world.

It was harder to define what he was in favour of except in terms of intangible qualities: Equality, freedom of speech, co-operation, fair trade, organic farming, women’s rights, animal rights, global resistance, redistribution of wealth, local democracy, peace.

He was an Anarcho-syndicalist, a Situationist, a Lettrist… he had signed up to a range of revolutionary theories over the years – they were pulling together now into a universal field theory of revolution, a manifesto for peace and equality. Nobody had named the theory or written the manifesto yet - it was assembling itself without the need for an author. Mike was hoping that, one day soon, it would formulate itself and challenge the vested interests that were bleeding the world dry."