SAVE THE SKYLARKS AT THE GARDEN FESTIVAL SITE

The 'Save the Festival Gardens Campaign', with permission from the property developers , are currently creating a nature reserve for skylarks on the southern grasslands area of the garden festival site( go to link to read more ) .This is near the Jericho Lane part of the site. Skylarks are a rare breed of birds which are protected by law and they have been nesting in the area for about 50 years.The skylarks once nested at the old golf course on Jericho Lane.

Unfortunately due to the destruction of the nearby area of the forest the skylarks did not nest on the grasslands last year. We have been removing the brambles as skylarks need a flat,open area to nest in the grass.The volunteer group have been meeting regularly on alternate sundays to clear the area and the bramble removal is now finished.

We just need to move the cuttings to cover an eyesore rubble pile in the area and take the piles of travellers rubbish to the Otterspool tip.Hopefully the skylarks will appear any day to enjoy their new home.

for more images go to http://www.flickr.com/photos/traceydunn/ 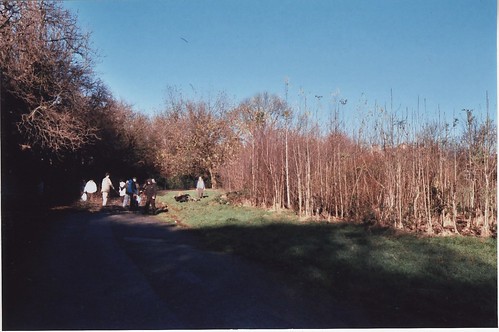 Hundreds of trees and shrubs were planted over the weekend of March 28th/29th by friends of Princes Park and locals on the Belvedere Road side of the park.Those planted include hazel,holly and oak. Photos to follow.