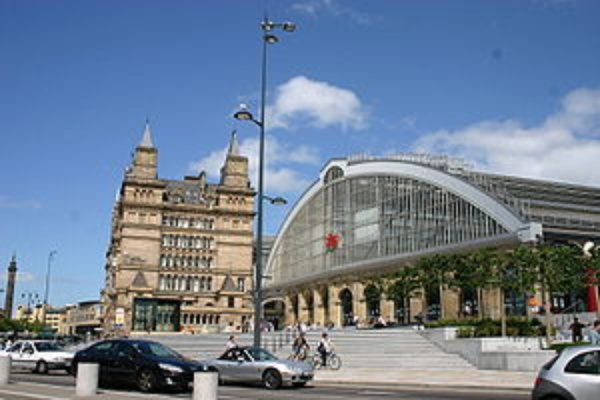 Despite being the largest railway station in Liverpool city centre, the 2008/2009 period showed it was only the second busiest after the underground, Merseyrail Liverpool Central.

Lime Street was voted the equal worst of the 20 busiest UK railway stations in a 2007 poll. 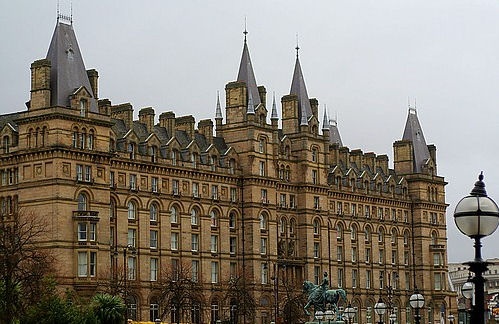 North Western Hotel which fronts a part of Lime Street High Level Station The initial 1830 Liverpool and Manchester Railway had the Liverpool terminus located at Crown Street, in Edge Hill. It was considered too far from the city centre. Construction of a purpose-built station in the city centre in Lime Street began in 1833 and a 2 track access tunnel of over a mile long from Edge Hill. The station was opened in August of 1836.

Because of the steep incline between Lime Street and Edge Hill, locomotives removed at Edge Hill, with passenger carriages taken down by gravity controlled by brakemen. The return journey was achieved by using a stationary steam winding engine to haul the carriages up with rope. Within six years, the rapid growth of the railways meant that station expansion was needed. Richard Turner and William Fairburn submitted a design for a single curved train shed roof completed in 1849. A second train shed roof was added in the 1880s.

The station was one of the first to send mail by train. The French Chatteaux style North Western Hotel, designed by Alfred Waterhouse, was built in front of the station. Recently this building was converted to accommodation for students of Liverpool John Moores University.

Lime Street was part of the first stage of electrification of the West Coast Main Line in 1959. In 1966, the station saw the launch of the first Inter-City service. 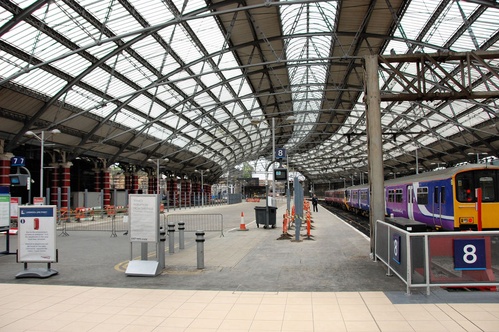 The vast iron and glass roofs dating from the 1840s and 1880s still covers the station. Platforms 7 to 9, are longer than platforms 1 to 6 dealing mainly with long-distance services to London, Birmingham, Sheffield and Norwich. Toilets, booking offices, shops, a left-luggage office, taxi ranks and coffee bars are amongst the facilities provided.

Customer lounges for Virgin Trains customers were built between platforms 7 and 8.

The station received a £35 million redevelopment in 2007. The retail parade and office block in front of the station were demolished, improving the station aspect.

During the day, typically

Platforms are subject to change and diversions to a different platform are common, particularly when services arrive late or early. 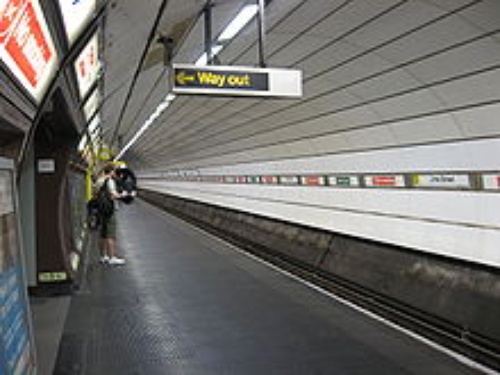 The main station is currently served by five train operating companies serving a wide variety of destinations. Services out of Lime Street are:

In 2009 it was announced that the Liverpool to Manchester and Liverpool to Wigan lines are to be electrified. The target date for completion is 2013.