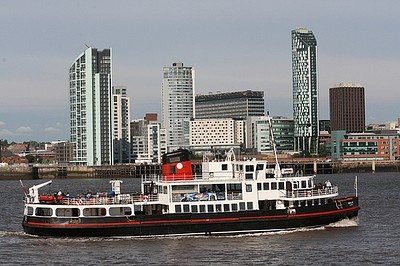 Skyscrapers at the Waterfront The instantly recognisable world renowned waterfront enhances tall and unique buildings. Liverpool has the potential to become a world financial centre once again, as the city was 100 years ago.

The future of Liverpool Skyscrapers

Liverpool Waters extends to over 150 acres and will be a £5.5 Billion investment, creating tens of thousands of jobs during construction which will span over at least 30 years and approximately 17,000 new direct jobs and substantially more indirect jobs when complete. 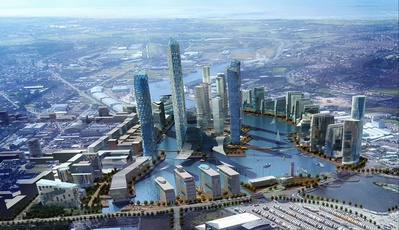 Unlike Liverpool's docks which line the riverbank, Birkenhead Docks, run from the River Mersey a few miles inland, located between the towns of Birkenhead and Wallasey. This massive, turning, attractive mass of water is ideal to create a water based high-rise centre for the two towns. The East Float development will be approximately a mile from Liverpool city centre, looking directly at Liverpool across the River Mersey. Wirral Waters will be approximately one mile from Liverpool city centre and Liverpool Waters. Large ocean going vessels will still use the dock waterways.

A water based shopping mall will be built at Bidston Moss at the furthest point of the dock waterways, complete with adjacent Merseyrail station with rapid transit access to the Wirral and Liverpool city centre. It is hoped the line to Wrexham will be incorporated into the Merseyrail metro system giving direct access to Bidston.

Birkenhead Docks extends to over 500 acres. Wirral Waters within these dock waters will be a £4.5 Billion investment, creating tens of thousands of jobs during construction, spanning over at least 30 years, and and estimated 27,000 jobs when complete. 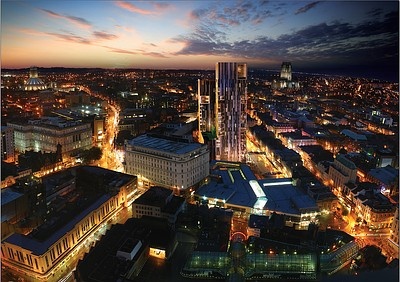 Chicago-born Mr Reinke said his aim is to create a new "place" for Liverpool. He said: "Everyone knows the Albert Dock and the Pier Head as a place; we are trying to create a place in Central Village, we are in the business of place making."

"Central station is the third busiest underground station in the UK1, but it’s a little hole in the ground at the end of a little shopping mall. We’re going to drive sun and light into the station." He said the promenade, part of the 16-metre wide water stair, will always be in the sunlight. "We want to make a really nice edge for the colonnade of two storey shops and upmarket bars and restaurants."