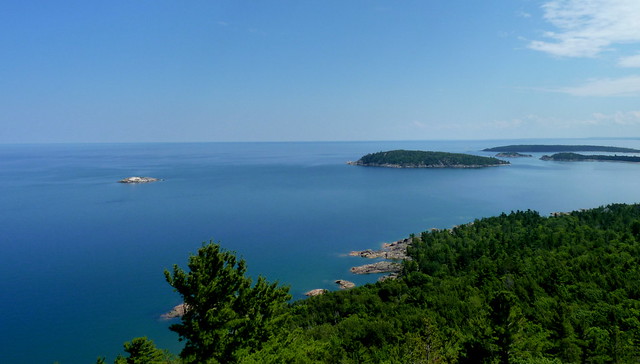 The mountain was called Tatosh by the local Indians, and renamed Schoolcraft Mountain sometime before 1840 when Douglass Houghton's survey team described climbing it . William Penney, who kept the journal of the trip, wrote “It is very steep and we had some difficulty in getting to the top. But the view we obtained well repaid our labor. Some five or six islands lie scattered the the lake before us, while far in the distance appeared the dim outlines of Grand Islands and Pictured Rocks. In the west rose a succession of granite knobs, one above the other as far as the eye could extend.” ii

In 1921 Marquette Boy Scout Troop One, built a monument at the top of Sugarloaf dedicated to their leader, Alanson Bartlett King, who had died in World War One. Working from August through November, troop members hauled 1400 smooth rocks, 100 bags of cement, tons of rock, and 3000 pounds of cement and lumber up the steep side of the mountain from the lakeshore below, making ten or twelve trips per day. Water was gathered in tarps during downpours and stored in a pickle barrel. A stone mason, Harmidas Dupras, helped the scouts erect the twelve-foot high obelisk. A bronze plaque says simply “Bart.”iii 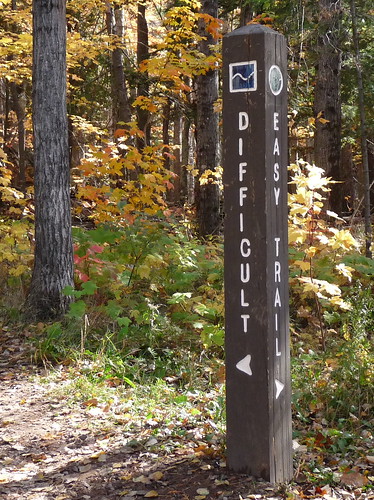 The Sugarloaf Mountain Natural Area is owned and maintained by Marquette County.iv There are now 3200 feet of trails, including 304 wooden stairs, leading to the top. Two trails, marked “Easy” and “Difficult” join about half way up the peak for the last stretch to the summit. The easy trail has eight sets of staircases, between nine and fifteen steps. After the paths join, there are an additional 14 sets of staircases.v A series of platforms at the top allow 360º views.