Welcome to the Massachusetts LocalWiki!

Commonwealth of Massachusetts is one of the original 13 colonies and was a part of New England it also contains few key spots that helped form the nation. However revolution ideas did not start there; it was second an attempt from English colonists to obtain new land and religious freedom called Plymouth.

The original colony was formed in 1620 by the original pilgrims coming on the Mayflower. In its early history towns like Salem would go through some very serious Witch trials that are still referenced today. Overall being in this area allowed Boston to grow into a huge city, and a founding place that still holds the history American Revolution and men and women that shape it. 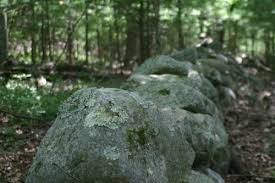 The history of Massachusetts is very important however for someone that has visited the last 21 years ago of their life it is more about how the past blends with the future. It's a lot of just small stone walls, from old farms roads that are cobble stone still and houses from the founding fathers still there.  However most of the state is Forest with roads built around them not like New York. Where the trees were cut down and replaced by cities There towns surrounded by forests. The fresh air out in the urban areas is super nice with animals and bugs; It has a different feeling from the West Coast that spread out.

While going into Boston driving is not a good idea because there is very little parking and it's expensive so taking the train is a very affordable and easy way to get around. While Boston you can check out the major sites in Quincy Market and even Harvard by train course another great part is the Italian district where you can find really good pizza and traditional American Italian food overall is a great place to drink with a lot of bars being outside on the Harbor and on the water overall is a very fun and interesting place to visit and I highly recommended from historical tours to great restaurants it's a very beautiful city on the water. 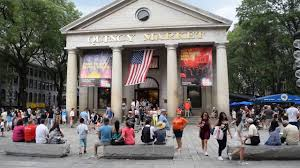 Boston is a very typical East Coast City with a huge connection to the Sea and makes the industrial shipping hub however with the refurbishment of the major downtown it gave it a brand new look of a modern city. When there were interesting places to go with Quincy Market it's in the same Traditional building that held Market stalls back almost 200 years ago it's still a place to see street performers engaged in great food and the shop even having The Old City Hall nearby that was turned into a Museum. a few years back going through the city there was a lot of grimy parts but with the refurbishment of his major downtown area it made a clean and safe to walk around unit at the dead of night.

Opening in 1826 to the public, Quincy Market is still a huge part of  serving both locals and visitors of Boston. The product that is sold there has changed from fresh produce to wholesale of clothes and goods. It still has a market feel with a lot of new store and place shop each year.(https://www.quincy-market.com/) 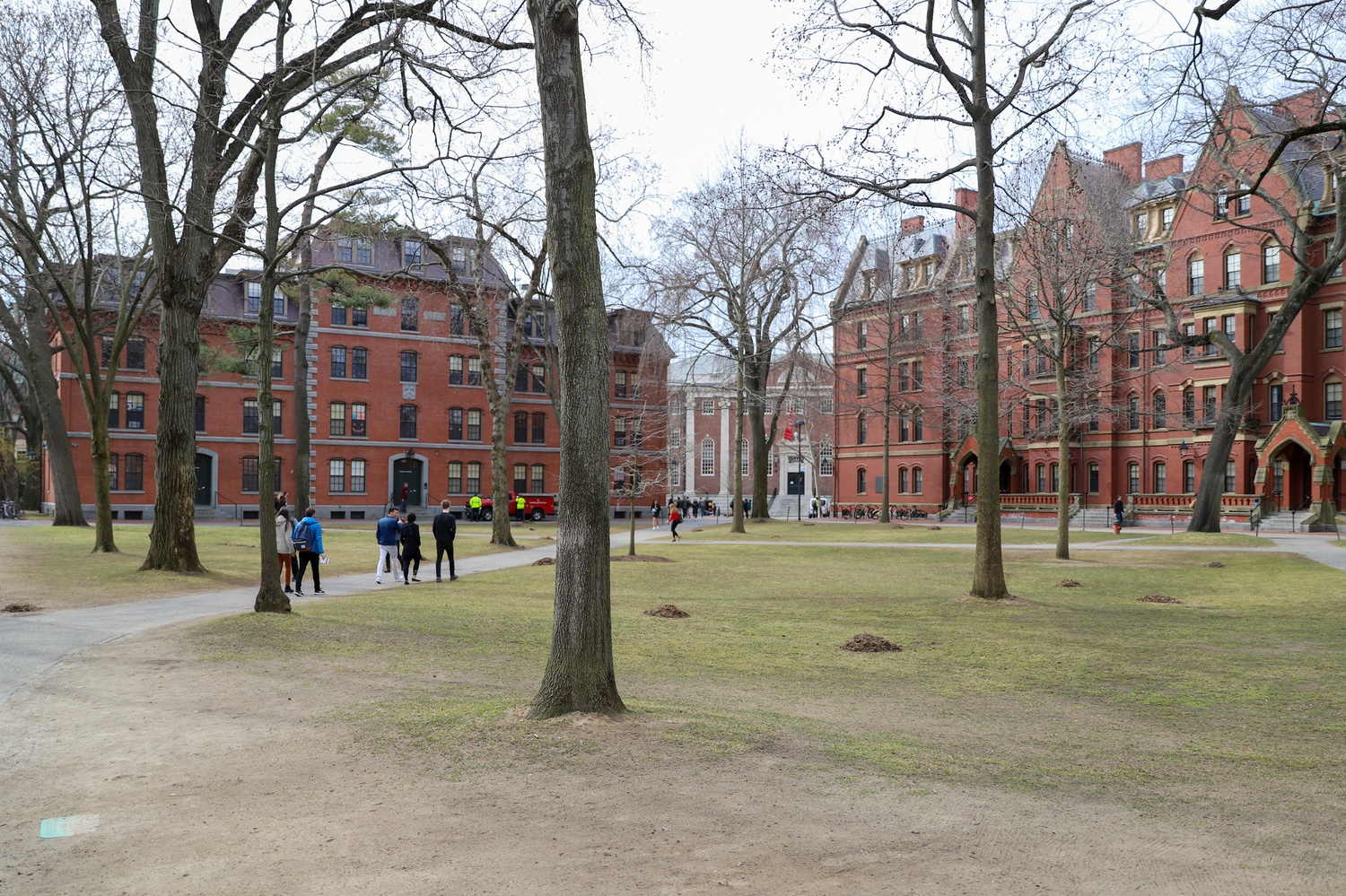 Harvard University is still a private Ivy League that can be found in Cambridge, Massachusetts, However its main campus is one of smallest in the country with about 6,800 undergraduate students and about 14,000 postgraduate students. It was also established in 1636, and is one the oldest institutions of higher education in the United States . Overall it is still one the best schools in the country for law.(https://www.harvard.edu/about-harvard)

How many words the Harvard experience is very interesting you hear about this school being the oldest in the country with huge tuition and only being for the best however walking to their campus there's very little just dorms and classrooms in the small barely two mile area it is nice with lots of trees and grass however is nothing like West Coast universities. 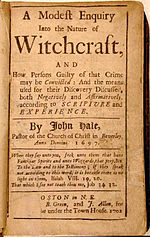 The Salem Witch trial was one of the most interesting events to happen to early Massachusetts. It does back to the early day of the colony almost 70 year after it started in 1692 a group of young women claim to be possessed by the devil and accused several locals women to be witch causing a witch trial and the hanging of Bridget Bishop and 18 other and about the hysteria end the guilty verdict where annulled but the damage was done.(https://www.history.com/topics/colonial-america/salem-witch-trials)

Massachusetts seal was adopted by the Provincial Congress on December 13, 1780. This shield depicts an "Indian" with bow and arrow; the arrow is pointed downward, signifying peace. A silver star with five points appears next to the figure's head, although this is represented as white on the flag.(https://statesymbolsusa.org/symbol-official-item/massachusetts/state-seal/seal-massachusetts)

Massachusetts was one of the major sites of the Revolution. This led to the important event from this time period would be the Boston  Massacre, Boston Tea Party and others. All of these events help form the modern Boston that was built around it. 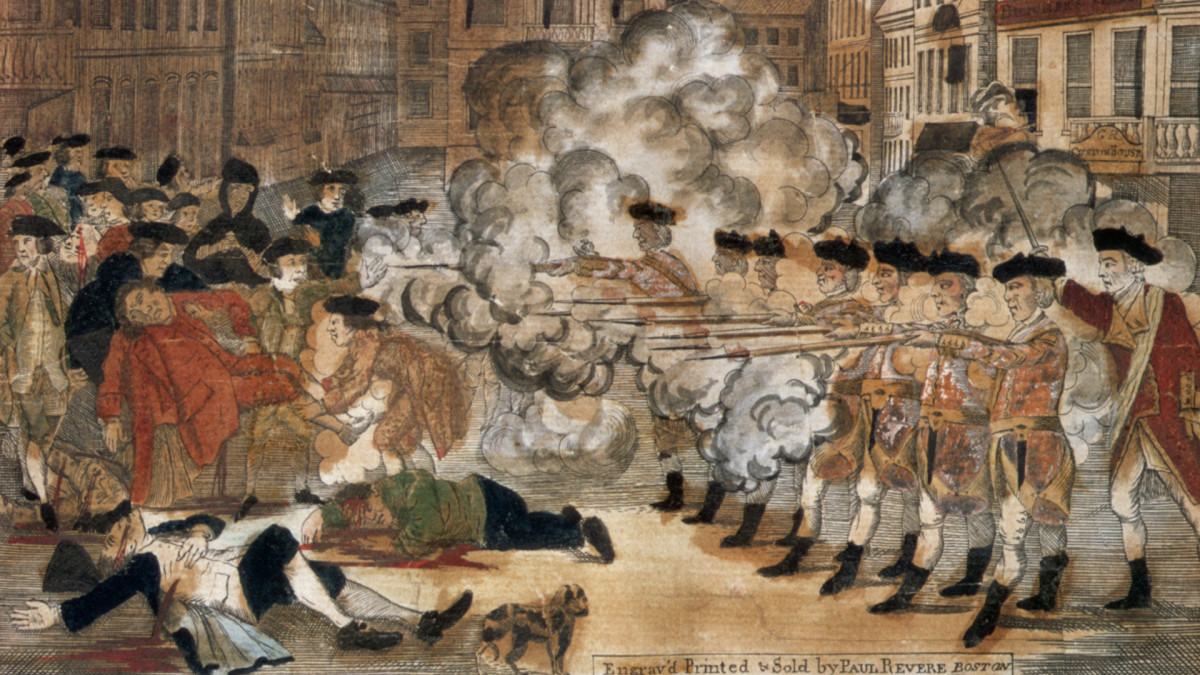 The Massacre start just as a a simple rite that was harassing a few british soldier when it turn bad on March 5 , 1770 these soldier open fire on the coward of people maybe because of fear or accident however this not clear know however it was high publicized by founding father Paul Revere and Samuel Adams. (https://www.history.com/topics/american-revolution/boston-massacre) 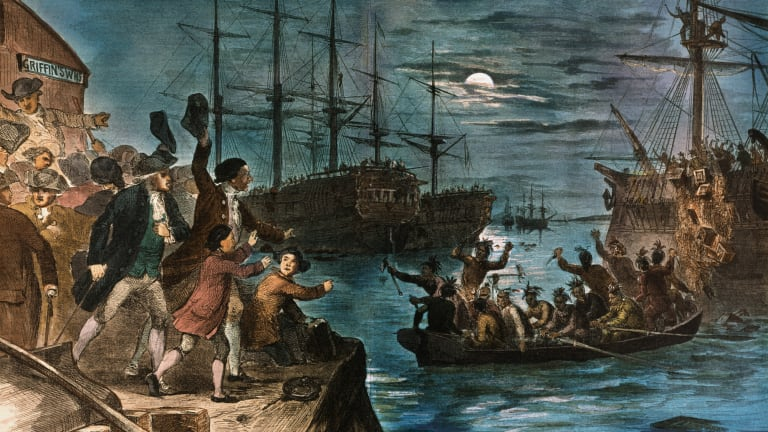 The Boston Tea Party was a super interesting political protest that occurred on December 16, 1773. This first act of defiance to British rule started at Griffin’s Wharf in Boston, Massachusetts. Colonists, where super frustrated that Britain was imposing taxation without representation, one of the most famous quotes of the revolution. Then the 342 chests of tea that was imported by the British East India Company was dumped and was one final straws. harbor.(https://www.history.com/topics/american-revolution/boston-tea-party)