Winter in Menomonie involves a whole different set of activities. Lake Menomin transforms into a shared community space featuring ice fishing, bike races, and a raffle. Trails and farm fields turn into snowmobiling trails. You can ski on the Red Cedar State Trail or Menomin Park. 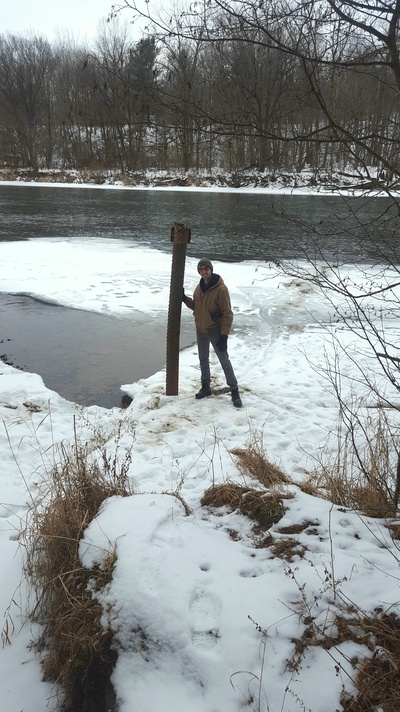 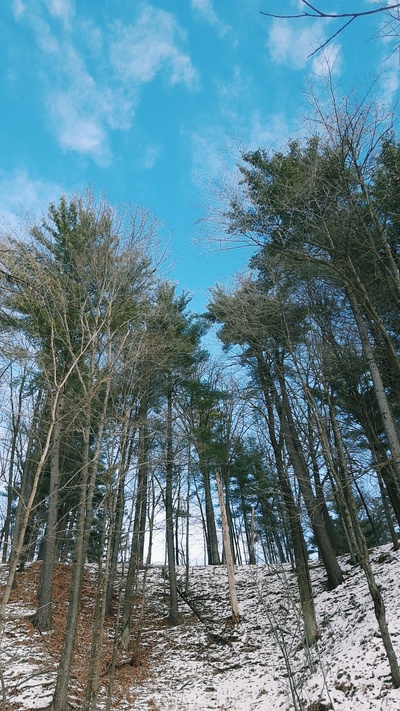 If you are a student at UW-Stout or community member, you can rent cross-country skis and snowshoes through Stout Adventures!

Snow-sliding/ sledding beyond the random snow pile can be done on the northern hill at Elmwood park in Menomonie.  This hill features a varied curve that allows for slow and fun rides to possibly the most speed and air-gaining "jump" in the city limits.
In 2009, The Dunn County Recreation park saw the addition of a volunteer-built Dunn County Snow Park in 2009 which introduced a wide hill with built-in stunt components for snow boarding.
Wakanda Park typically sees the lower "beach road" closed-off during the winter months, depending on snow amount some suitable sledding locations may be found.
Between the Junction Trail and Wolske Bay road just west of the Lakeside Park parking lot is an open area on the hill side that works well for sledding but the city does not plow the roadway below to a safe standard and allows park road traffic to travel at unsafe speeds, so caution is advised.
Every so often the Wolske Bay park road has snow and makes for a long and fast sledding run, the city uses too much salt and needlessly plows the road regularly. 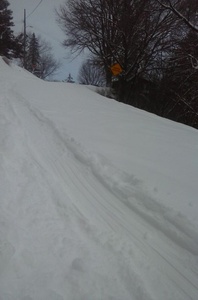 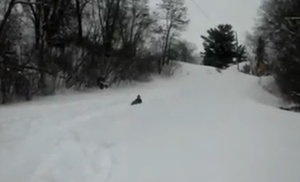 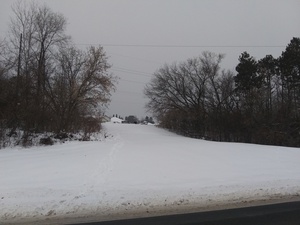 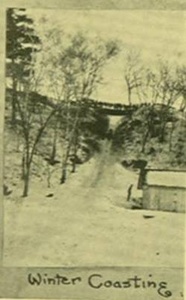 Not seen in Menomonie for well  over 60 years was the coasting slides created along the downtown lake front. 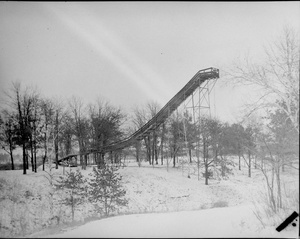 The lost ski jump at the old Wakanda Park as seen in 1938, photo by Lee Score.

If you don't feel like getting outside, you can still find lots of fun ways to remain active in winter. During the holiday season, The Menomonie Public Library will host events with Santa and holiday story readings.