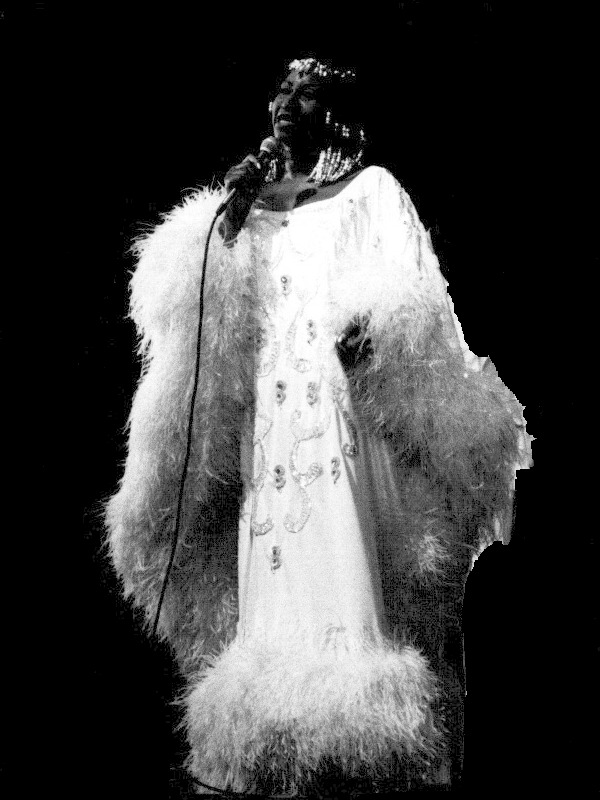 Úrsula Hilaria Celia de la Caridad Cruz Alfonso de la Santísima Trinidad, aka Celia Cruz, is the unofficial musical patron saint of many in our city. She made more than 23 albums of salsa music, for which won seven Grammys. She was awarded the National Medal of Arts in 1994. After her death in New Jersey in 2003, her body lie in state in Miami's Freedom Tower, where more than 200,000 fans paid their respects to "The Queen of Salsa."

The anecdote that created Cruz's signature exclamation, "¡Azúcar!" is a Miami story:

Cruz became known for her trademark shout "¡Azúcar!" ("Sugar!" in Spanish). The catch phrase started as the punchline for a joke Cruz used to tell frequently at her concerts. Once, she ordered cafe cubano (Cuban coffee) in a restaurant in Miami. The waiter asked her if she'd like sugar, and she replied that, since he was Cuban, he should know that you can't drink Cuban coffee without it! After having told the joke so many times, Cruz eventually dropped the joke and greeted her audience at the start of her appearances with the punch line alone. In her later years, she would use the punch line a few times, to later say: "No les digo más 'Azúcar', pa' que no les dé diabetes!" which means "I won't say 'Sugar' anymore so that you won't get diabetes." (via Wikipedia)