Welcome to the Milpitas LocalWiki!

Welcome to the new LocalWiki region for Milpitas!

Milpitas is a city in Santa Clara County, California.

It is located with San Jose to its south and Fremont to its north, at the eastern end of State Route 237 and generally between Interstates 680 and 880 which run roughly north/south through the city. With Alameda County bordering directly on the north, Milpitas sits in the extreme northeast section of the South Bay, bordering the East Bay and Fremont. Milpitas is also located within the Silicon Valley. The corporate headquarters of Maxtor, LSI Corporation, Adaptec, Intersil, FireEye, Viavi and Lumentum (formerly JDSU), KLA-Tencor, SanDisk, and View, Inc. sit within the industrial zones of Milpitas. Flex and Cisco also have offices in Milpitas. The population was 66,790 at the 2010 census. 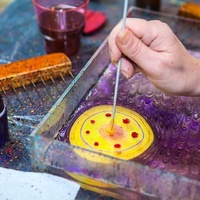