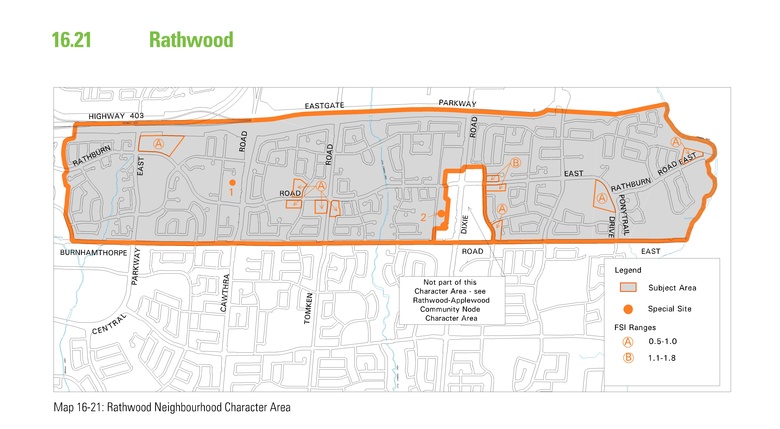 Rathwood Boundaries - from Chapter 16 of plan

The City of Mississauga excludes the Rathwood-Applewood CN (Communal Node) from the Rathburn and Applewood Neighbourhood population and housing statistics. Chapter14-CommunityNodes.pdf 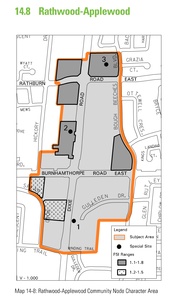 According to the City of Mississauga’s Population, Demographics and Housing report of 2017 Population_Demographics_Housing.pdf, the population of Rathwood was 28,900 in 2016.
This total excludes 3,800 people in the Rathwood-Applewood CN.

There happen to be no public schools within these slim boundaries, however they are seven Catholic Schools inside the neighbourhood's borders.

Once people move here, they seem to stay longer than people who move into other areas.