Please note: This article is about Norwalk, the place. There are also articles about the City of Norwalk, municipal government, and the people of Norwalk who are called Norwalkers. 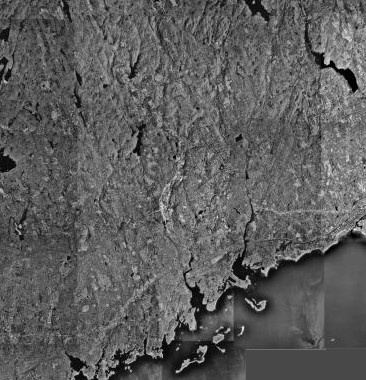 Norwalk by satellite 1991 coutesy of of Terraserver and USGS

The name “Norwalk” itself comes from the Algonquian word “noyank” meaning “point of land”, or its Native American name, “Naramauke” (or Norwauke, Norowake, or Norwaake), a Native American chief.

The farming of oysters has long been important to Norwalk, which was once nicknamed "Oyster Town." Norwalk is Connecticut's largest oyster producer and home to the nation's largest oyster company, Hillard Bloom Shellfish. Each September, Norwalk holds the annual Oyster Festival.

Norwalk is comprised of many neighborhoods, hills, and streams.