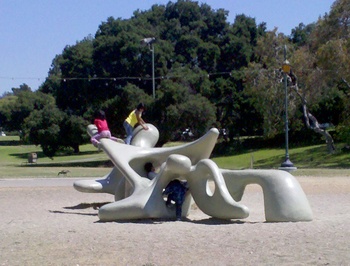 The "Mid-Century Monster" is a sculpture and children's play structure between Lake Merritt and the bandstand. It was created in 1952 by sculptor Robert Winston. It was originally tinted green. 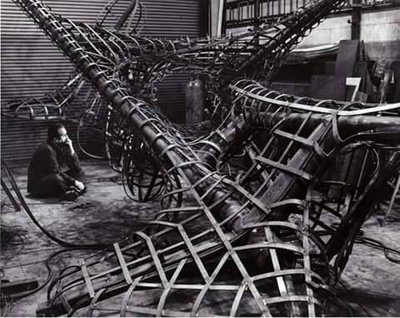 The sculpture was previewed at the 1952 California Spring Garden Show.

After several years of decay, the monster was fenced off until plans and funds could be put together to renovate it.Lake Merritt's Mid-Century Monster Fan Club was a fervent participant in that effort, and in the summer of 2019 the monster was released for a new generation to enjoy.

The album cover for Sly and the Family Stone's "Dance to the Music" (1968) was photographed with the band standing atop the statue. 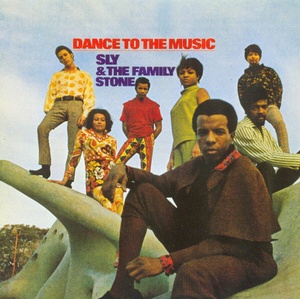 from Wikipedia (fair use) 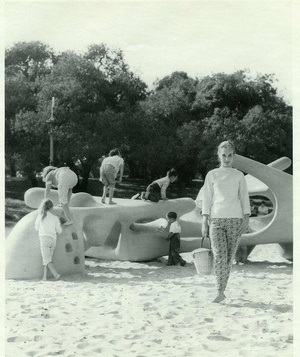