In July, 2014 ??? sent out an invite-only survey about Oakland Issues related to the 2014 Mayoral Election. All questions allow you to pick only one choice except where noted. 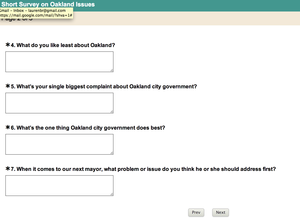 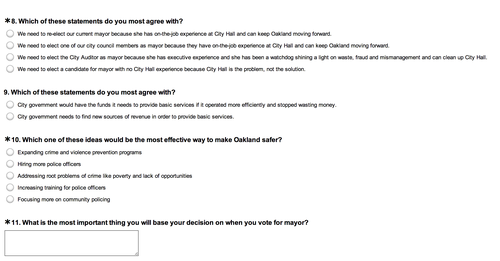 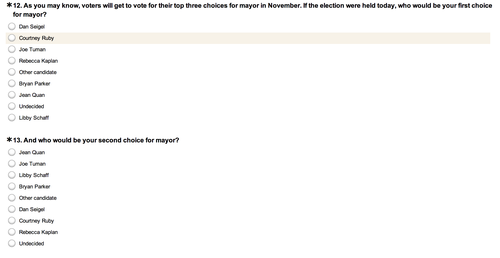 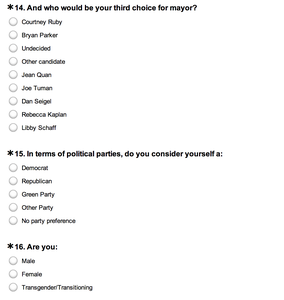 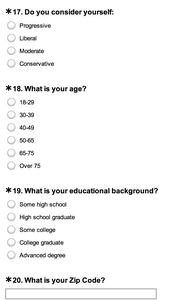