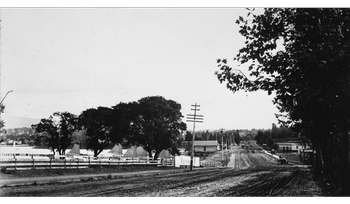 The 12th Street Dam was constructed in 1868-1869 and financed in part by then-mayor Samuel Merritt using his own funds. It was the first step in turning an arm of San Antonio Slough into Lake Merritt. 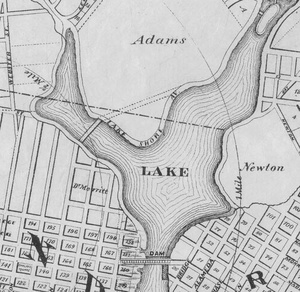 1868: Plans made for a dam to create "Lake Merritt"; 5 construction begins

1891: At the urging of Mayor Melvin Chapman, the Oakland Waterfront Company, which was controlled by the Central Pacific Railroad and Southern Pacific Railroad, “gives” the lake to Oakland in exchange for a promise that the City would spend $30,000 on the roadway over the 12th Street Dam. 4

1915: Lake dredging completed and the 12th Street Dam is raised, widened, and paved