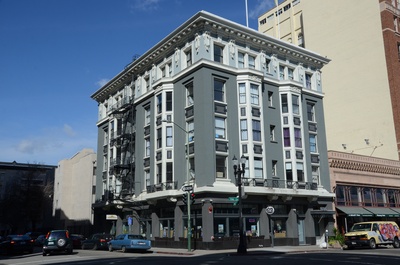 The 1601 Clay Street Building is a 5-story brick building, constructed in 1907. The ground floor is home to Cape & Cowl Comics.

The architects were Harry Cunningham and Matthew Politeo, and the original tenant was the Alameda Building and Loan Association,1,4 headed by Charles C. Volberg (? - 1916) of Alameda. 2 Volberg was also president of the Altenheim for 12 years. 3

The tenant before Cape & Cowl was the Academy of Chinese Culture and Health Sciences, but they moved to 1600 Broadway in June, 2014. The building was added to the National Register of Historic Places in 2015. 1

Tenants over the years included: 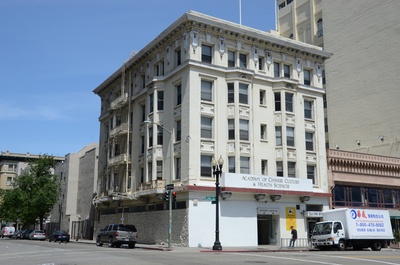