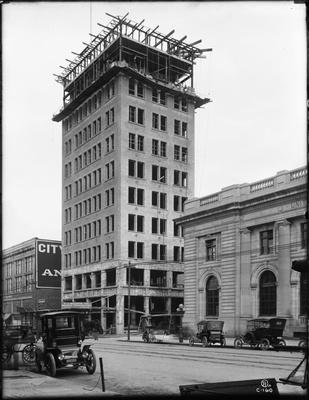 1700 Broadway is a 10-story building that has gone by various names over the years. It was designed in 1913 by Walter Reed, and constructed by P.J. Walker, completed in 1914.

It was originally known as the Thomson Building. It was built by the daughter and son of Peter Thomson, Lucy Fay Thomson and William Edward Thomson, who financed $200,000 for the construction. An early rendering shows it with two towers, but only one was constructed. 1

Beginning in about 1923, it was referred to as the Hutchison Building, suggesting it had been sold. 3 This name often appears associated with 1706 Broadway, but that is part of the same building.

By 1935, it was known as the Western Professional Building.

The Emporis website says it also underwent renovations in 2002. 8 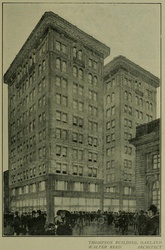 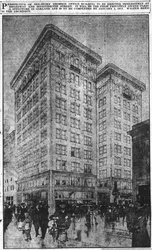 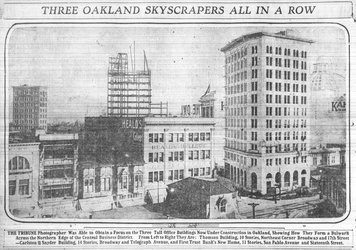 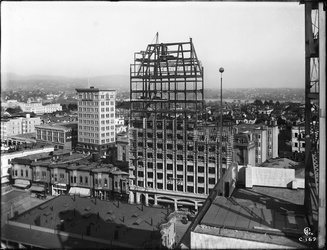 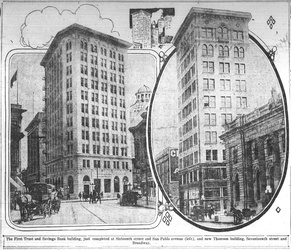 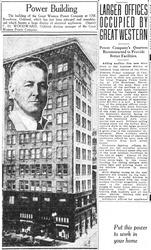 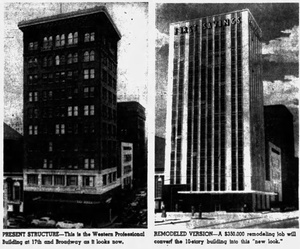