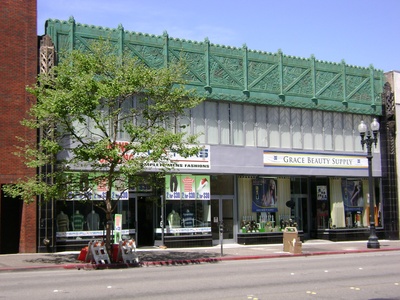 The 1715 Broadway Building or the Bowles Building (also known as 1715-1721 Broadway or 1714-1718 Telegraph Avenue) is a zigzag moderne example of art deco with elegant green terra cotta ornamentation. It was designed by Douglas Dacre Stone.

Angled metal mullions used on mezzanine level windows spanning the frontage are a signature design element of the building (these are the things between the windows that look like branches or arrows). It also has really interesting vertical elements at either end of the building (in black tile and silver or metal (anyone know if it's silver paint or actual metal elements?). The building is featured on the Oakland Tours Program "Uptown to the Lake" walk.

The building was built in 1931, the same year as the Oakland Floral Depot just a block away, and the I. Magnin building, the Paramount, and the Breuner Building. These are all near each other and all fine examples of art deco and architectural polychrome terra cotta. The initial stores in the building opened onto both Broadway and Telegraph, but were primarily identified by their addresses on Broadway.

The initial occupant of 1721 Broadway / 1718 Telegraph Avenue was Smith Brothers, a prominent stationery and office supply store. They opened this Uptown location on October 26, 1931. They were in this location until at least 1942; more research is required to determine the precise date they moved out.

As far as can be determined thus far, the remaining space in this building was vacant until October of 1933, when Gernhardt-Strohmaier Co., a stove and appliance store that started in San Francisco in 1907, opened a store that was identified as 1714 Telegraph and 1715 Broadway. It is not yet known how long this store remained in business.

In 2004 or 2005, the current owners of the building completed a "major award winning renovation" of this building, according to an Oakland staff report related to a separate property owned by the same owners. Further research is required to determine what award this is referencing.

As of 2014, the current occupants of the building include Oakstop (Broadway address) and Solespace (Telegraph address). 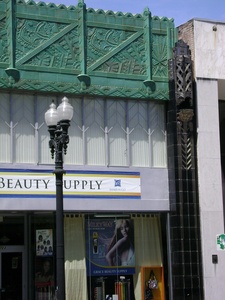 Closeup that shows the metal mullions (vertical metal elements between the windows) and the vertical elements in black tile on the edge of the building (these are located on either end as you can see in the previous photo). by Boris Kukso 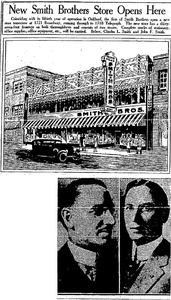 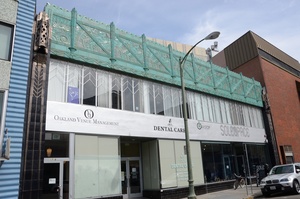 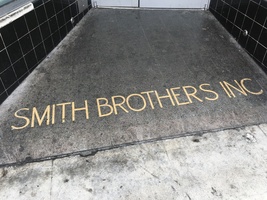