In July 1976 the "Temescal Neighborhood Improvement Association" initiated a plan to downzone Temescal. The goal was to preserve property values after the construction of the Grove Shafter freeway, the widening of 51st St, and the development of "turn-key" housing. 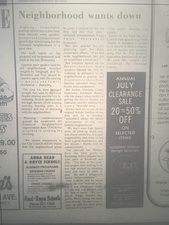 For the purpose of the downzoning, the neighborhood was defined as between Telegraph and Broadway to the west and east, 51st St to the north, and 41st to the South, so as to exclude the apartment houses on 40th St. 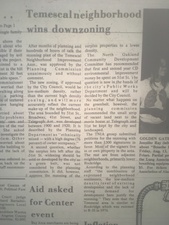 At the next city council meeting, the downzoning measure packed the house, and the bill passed. 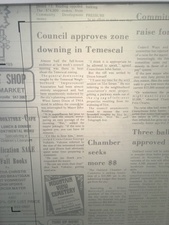