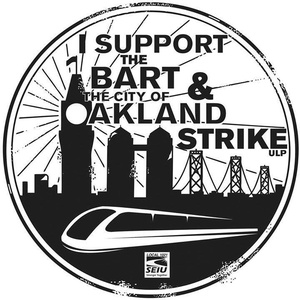 City of Oakland workers also went on strike for one day on July 1 after months of fruitless negotiations with the City.  .

The mass media surrounding the 2013 strikes focused mainly on the inconvenience to BART riders and on what they characterized as excessive demands on the part of BART unions, rather than on the real issues about worker compensation and benefits, and on the conflicting political motivations of BART District Board members.

The BART contract expired at midnight on June 30th, 2013. As no new contract was successfully negotiated before that deadline, BART workers went on strike. Here’s a message from Oakland Public Library Workers in SEIU 1021 about why they’re striking.