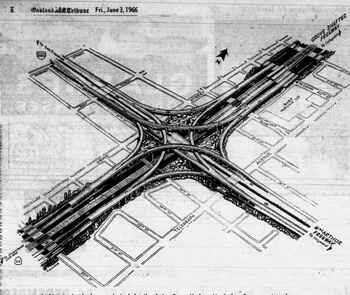 The 24-580-980 Interchange, sometimes known as the Grove-Shafter Interchange, connects Highway 24, Interstate 580, and Interstate 980. Some people include it when referring to the MacArthur Maze which is a short distance to the west, but this interchange was built 30+ years later. 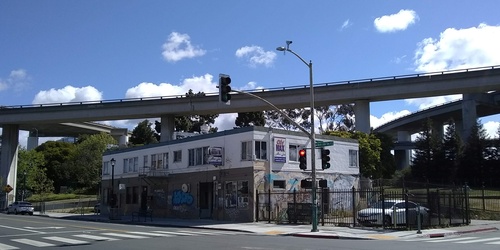