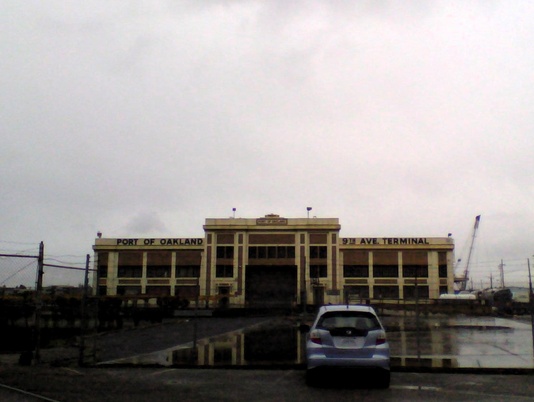 The 9th Avenue Terminal was a historic terminal on the estuary (in the Embarcadero neighborhood) in the midst of what is now Brooklyn Basin.

Despite objections from Oakland Heritage Alliance and other preservationists, the developers of the Brooklyn Basin project obtained permission from the City of Oakland to demolish the bulk (pun intended) of the building to facilitate the construction of a public park on the site. The park, designed by the landscape architecture firm of EinwillerKuehl, opened in November of 2020 and includes portions of the façade of the building along with three ghost frameworks showing where portions of the building were originally located. 1, 2