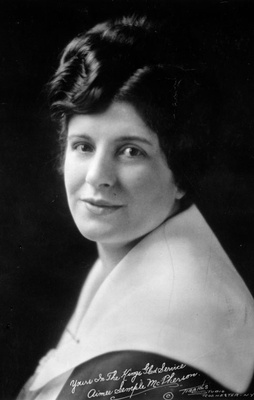 “Sister” Aimee Semple McPherson (October 9, 1890 – September 27, 1944) was an evangelist and founder of the Foursquare Church. She was in Oakland to hold a series of revival meetings in 1944, and accidentally overdosed on sleeping pills while staying at the Leamington Hotel. 2 Local doctor Edward Lundegaard was called on to perform the autopsy, pushing Lundegaard's name into the national press. 3

According to the Los Angeles Times:

She had ridden in a horse-drawn buggy with customary showmanship to the Oakland Auditorium and lectured on “The Story of My Life.” She was scheduled for three additional revival sermons, “V-Day,” “Great Divine Healing” and High Voltage.” 4 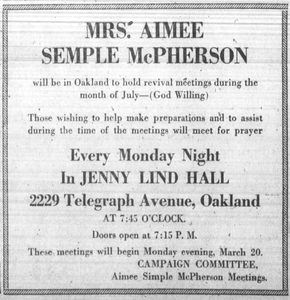 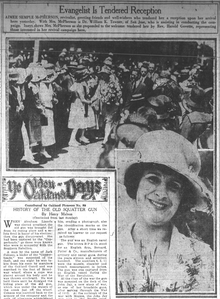 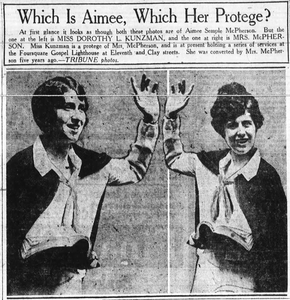 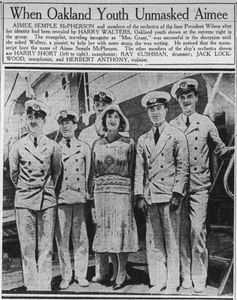