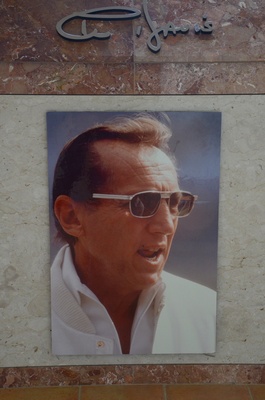 He broke many hearts when he moved the team to Los Angeles in 1982 only to return in 1995.

Al Davis is interred at the Chapel of the Chimes in Oakland.