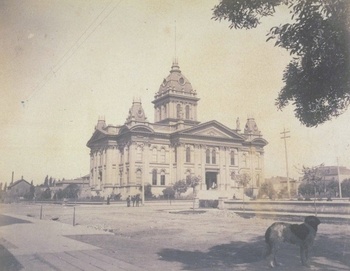 The Alameda County Courthouse, pictured above as it appeared in 1886, was constructed in 1875 in Washington Square, on the west side of Broadway between Fourth and Fifth Streets.  The building was in use as a courthouse until it was replaced by the current courthouse in 1936, and was finally demolished in 1949-1950. 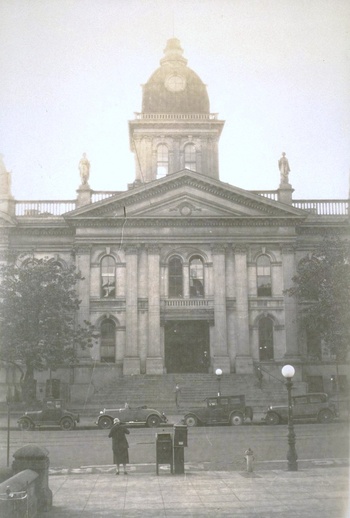 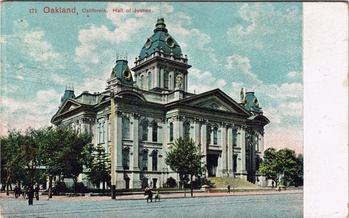 Postcard circa 1909 identifying the courthouse as the Hall of Justice 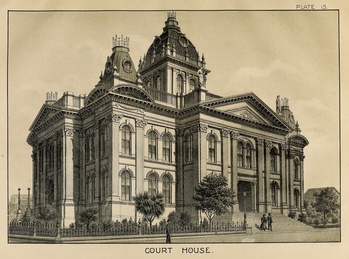 from Illustrated Album of Alameda County 1893