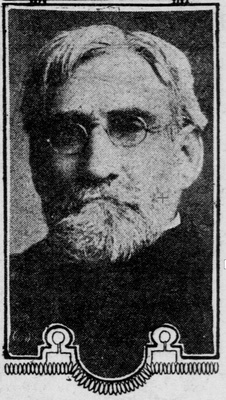 A.P. was born in Jefferson County, NY, in 1827. He came to California in 1851 via Panama. After trying ranching, retail and mining, he returned to San Francisco in 1856. Along with Ira Packard Rankin of SF, he started Rankin, Brayton & Co., a large foundry, which eventually became the Pacific Iron Works. [ not sure if this is the same Pacific Iron Works that was in Oakland, or what relation was. This PIW was definitely in SF, at least at the time, and through at least 1870. ]

A.P. bought out the designs of Lester A. Pelton, inventor of the Pelton water wheel, and formed the Pelton Water Wheel Company of San Francisco. A.P. was the president, Albert Jr. was the vice-president and manager, and Edward was on the board of directors. 4

Albert Jr./III died in 1901 after a very short (but apparently severe) case of pneumonia, as he was dead within 5 days. 2,3 Interestingly, a 1901 Oakland Tribune article refers to Edward as a half-brother. 5

The Braytons lived at 1167 Jackson Street in Oakland, not far from his brother Isaac's family at the College of California.

A.P. was one of the founding members of the Reliance Athletic Club.

Brayton died at home in 1909 after a several month illness "following a stroke of apoplexy" 1. The Rev. C.R. Brown of the First Congregational Church officiated at the funeral, which was held in the family home. A.P.'s remains were cremated. [ need to check if he's buried with big brother Isaac at MVC ] After A.P's death, Mildred moved to 83 Monte Vista Avenue.