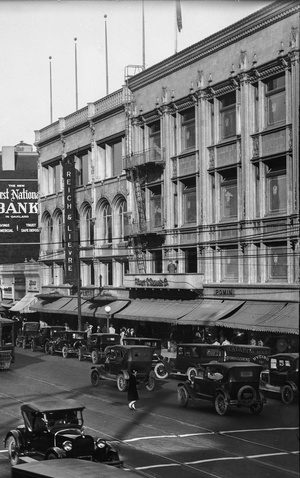 The Albert S. Samuels Company was a jewelry store at 1520 Broadway in the Roos Brothers Building from 1923. In 1938 they moved to 17th and Broadway, and were still in business in Oakland in 1963. 5

Samuels opened an Oakland store in November 1923 to great fanfare. 1,2 He had an existing store in San Francisco founded c.1908; it was known as “The House of Lucky Wedding Rings” because approximately 1/3 of all wedding rings sold in San Francisco were from Samuels. 3 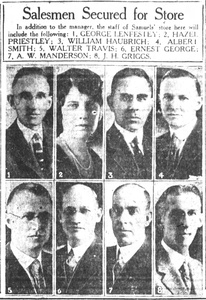 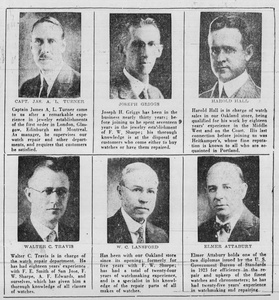