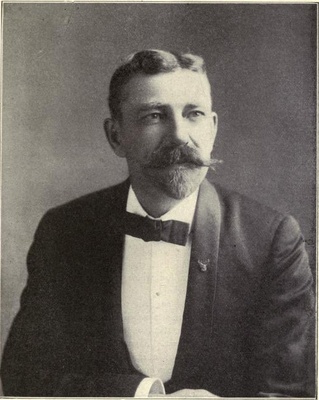 About 1908, he helped found the Telegraph Avenue Savings Bank and acted as cashier. 5

In 1918 he was a candidate for county surveyor, but later endorsed Harlan D. Miller. He worked as a deputy county surveyor for Alameda County for almost 30 years, retiring in 1948. Projects he worked on include the Posey Tube, the Caldecott Tunnel, and various bridges across the estuary. 3 He was the chief deputy surveyor from 1921 until his retirement.

More famously, Vander Naillen flew a balloon, The City of Oakland, in a 1909 flight along the balloon's creator, Captain Park A. Van Tassell, 6,000 people were looking on for the launch. Unfortunately the winds blew it out over the bay and then back, but the pilots were safely rescued, thanks to the efforts of 14-year old Lee Scott on Moss Avenue. The next voyage ended up with the balloon getting blown to Livermore where the passenger basket was dragged along the ground, leaving the aeronauts bruised and bleeding. 6

Less well known is that Vander Naillen worked as an actor. He was known as Charles H. Brooks, and was the star of the Ben Cotton Minstrel Company. When he quit a railroad surveying crew to open a dance studio in San Diego in 1881, his father "hit the ceiling." 1

Vander Naillen was active in the Loyal Order of Moose, and was the Supreme Regent in 1926. 2 In 1939, he was made a life deputy grand commander at large. 4

By his own accounts, he was the mayor of Temescal. 15 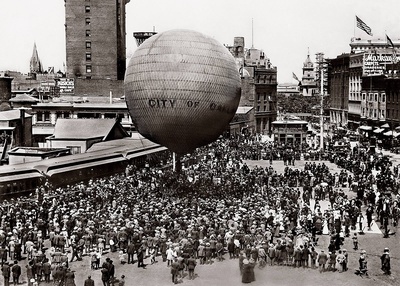