American Steel Studios used to be a self-described "community of art, innovation, and industry." The space was a host to artist studios as well as gallery spaces where groups shows and events are often held. Founded in 2006 and located at 1960 Mandela Parkway in West Oakland, this creative space filled two warehouses for a combined total of six acres of working space. One of the warehouses is a former American Steel warehouse. Part of the space included a sculpture park, with giant metal statues that are created by Karen Cusolito, who co-founded the Studios 1.

Free tours were available on the second Saturday of each month from 2-4pm.

Unfortunately, without support from the city, the sale of the warehouse in 2014 to out of town investors led to the demise of the collective of creative "Studios".

We can only hope that one day young new artists and innovators might once again organize, build a new foundation and bring all the "cool" stuff back to Oakland. 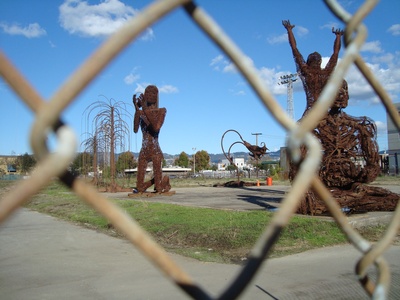 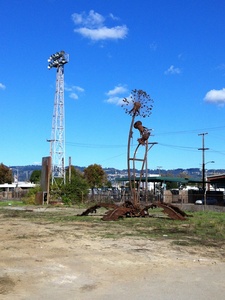 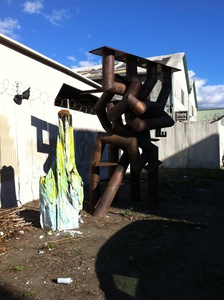 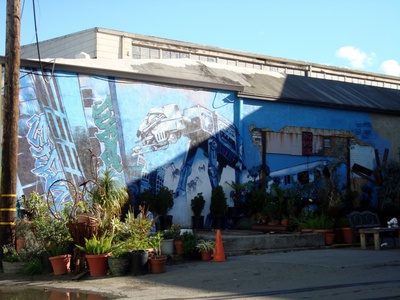 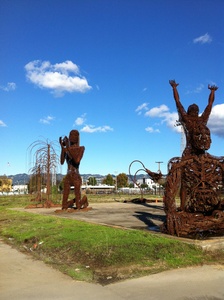 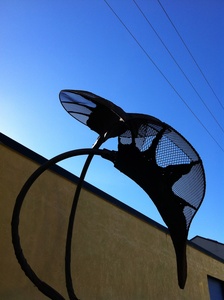 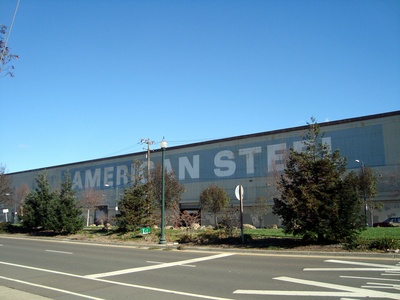 The American Steel logo remains on the outside of the warehouse space. 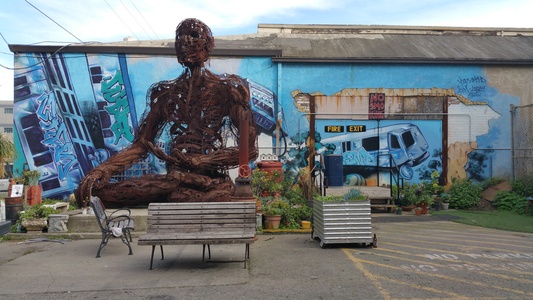 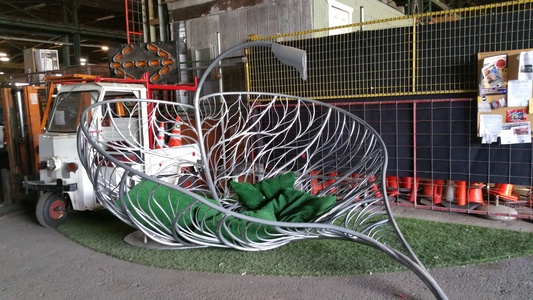 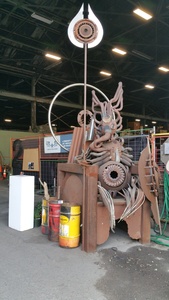 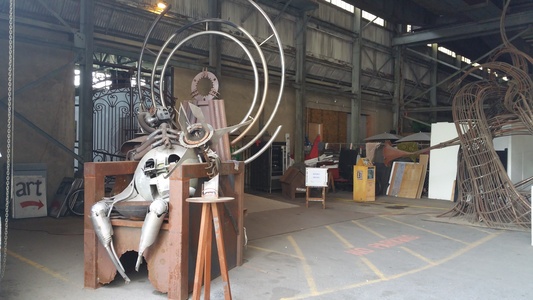 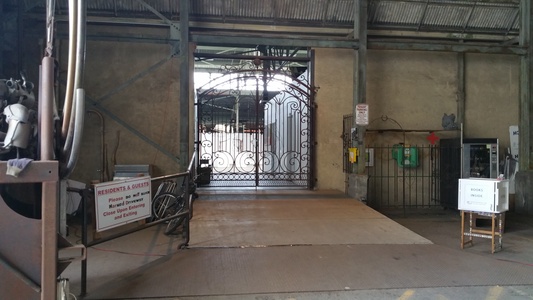 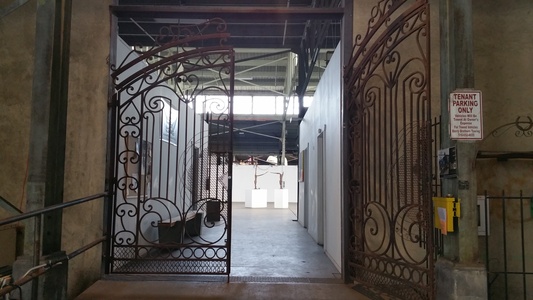 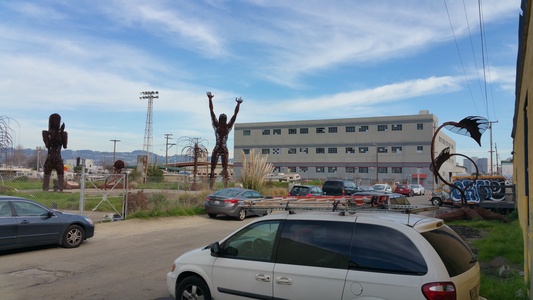