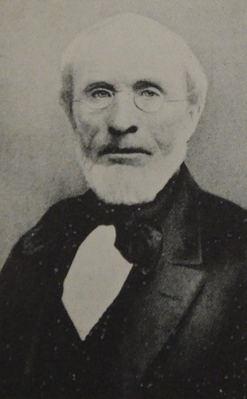 Andrew Moon
from The Beginnings of Oakland, AUC 2
courtesy the Oakland History Room

Well, the guy might as well have been from the moon: next to him, Horace Carpentier and Edson Adams are practically household names. This is not just one sleep-deprived editor’s opinion, either: he seemed to fade into the historical background almost immediately after his role in Oakland’s incorporation. Here’s a summary of what is currently known of him:

Note: while this article may at first seem frivolous (it was written lightheartedly) … it is likely the most information-dense collection of facts on its subject anywhere on the internet. (You’re welcome to check!) ANOTHER OAKLANDWIKI EXCLUSIVE … you read it here first, folks! (There is much more information about Moon in “Oakland, The Story of a City,” by Beth Bagwell [Presidió Press 1982]. It is still the authoritative history of the city, and Oakland Heritage Alliance brought out a second edition with a chapter on Oakland’s history since the book was first published.