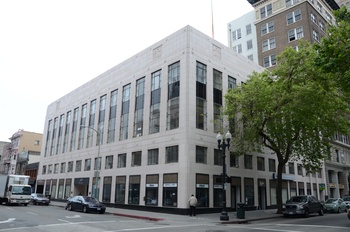 The Anglo California National Bank Building (aka Manheim and Mazor Building or Mazor Bros. Building) is located at 1450-60 Broadway / 429-449 15th Street. It was built in 1920 for the Manheim and Mazor clothing store, designed by Bernard J. Joseph. 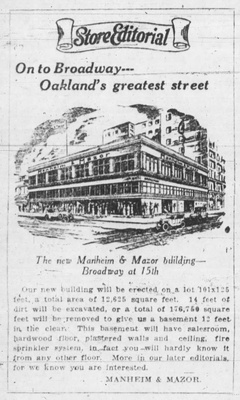 An example of Classic Moderne, the building was originally a Beaux Arts derivative commercial building built in 1920-21, and remodeled in 1947-48. The architects were H. H. Winner and Bernard J. Joseph; the builders were Stolte Inc.; and in 1920-21 Barrett & Hilp.

The building is a Classic (or WPA) Moderne commercial building on a southeast corner lot. It is reinforced concrete, rectangular in plan, in a two part vertical composition with a two story base and a two story upper section with metal framed windows grouped vertically in tall, narrow, recessed bays. The building is almost square, 13 bays wide on 15th Street, 12 bays on Broadway, clad in white terra cotta panels with a baseboard of dark green marble. It is an updated classical banking temple with ornamentation stripped and stylized in the Moderne manner. The two story piers between bays are fluted like giant pilasters, with their capitals and entablature reduced to hosizontal lines in the terra cotta and undersized round medallions. The vestigial cornice is a vertically articulated band with the same round medallions. Decorated panels at the ends of the parapet depict human figures with astronomical instruments.

Designed to house retail space at the ground level and an upper level banking hall, "to avoid breaking the continuity of retail business in the heart of Oakland's downtown shopping district." The building is the result of a one story addition and complete remodeling of a 1920-21 Beaux Arts clothing story building for Anglo California National Bank as early as 1911. This building part of Oakland's rich collection of Morderne and Art Deco commercial buildings, a strong secondary theme downtown.

This historic building is #10 on the list of District Contributors for the Downtown Oakland Historic District Registration Form. 1

The building is now owned by Energy Solutions, who is the main occupant. 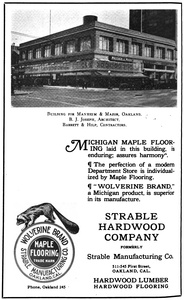 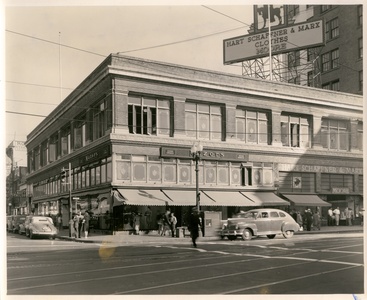 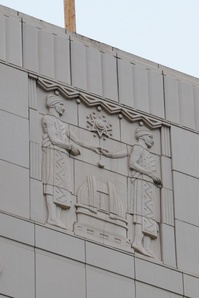