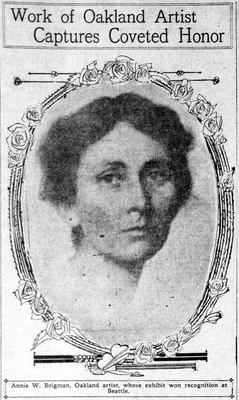 Anne ("Annie") Wardrope Nott Brigman (December 3, 1869 – February 8, 1950) was a talented photographer in the Photo-Secession movement, which helped redefine photography as an art rather than merely documentation. Her studio was in a converted barn on Brockhurst St. She was also close friends with Jack London.

"Her work shows an unusual strength and abounds in original and striking ideas. Not only in execution are the studies remarkable but the choice of subjects marks their creator as a woman of more than ordinary genius. In a recent international exhibition in England the California woman won the first medal which was awarded for work in her class. Her studies were sought by the prominent artists of the continent." 2

Brigman had training as a painter before becoming a photographer. One of the first public displays of her work was in January 1902 at San Francisco's Second Photographic Salon in the Mark Hopkins Institute of Art. Her Portrait of Mr. Morrow was singled out in the press. 1 It was also published in the popular monthly Camera Craft. 4

Her work was exhibited in Europe and on the East Coast, and won numerous awards. 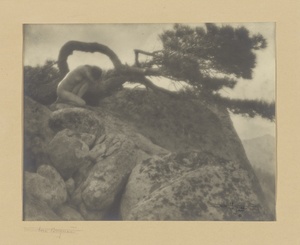 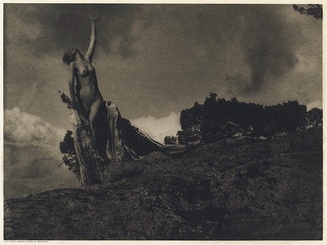 Brigman was born December 3, 1869 in Hawai'i to Mary Ellen Andrews Nott and Samuel Nott, who were missionaries. The family moved to California when Anne was 16.

At some point, Anne stopped traveling with Martin. Imogen Cunningham recounts a story supposedly told to her firsthand that on one of the voyages Brigman fell and injured herself so badly that one breast was removed. This story was never confirmed by Brigman. 1

By 1920, Anne and Martin were divorced or separated. 5 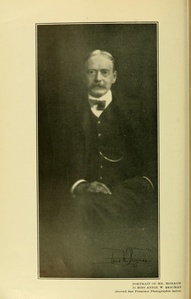