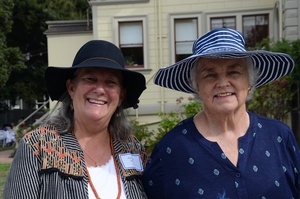 Anne Woodell (November 5, 1936 – January 25, 2017) was the "mother" or "first lady" of Oakland Parks and Recreation and involved in numerous civic organizations.

In 1974, she was appointed by Mayor John Reading as the 2nd woman to serve on the Parks and Recreation Advisory Commission.

Woodell was a trustee for the Friends of the Oakland Municipal Band, Children's Fairyland, and Dunsmuir House, and the board of directors of the Alameda County Historical Society. She was also a member of the Oakland Women's Rowing Club.

Among other awards, she was named Oakland Mother of the Year in 2009.