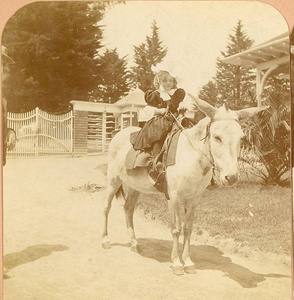 Elizabeth Ford Irwin, taken August 2, 1902 by M. M. Treadwell. Archie may be the figure on the left. courtesy Graham PileckiArchibald ("Archie") Ford (June, 1834 – October 26, 1912) was a machinist and inventor, particularly noted for an improved gas regulator patented in 1893.

The Archibald Ford Co. had a small factory at 2nd and Castro, and employed 4 men in 1896. 2 Some early references regarding water issues were signed by Archibald Ford on Sutter Street. Sutter St. was later renamed 56th St. after the area was annexed by Oakland in 1897. 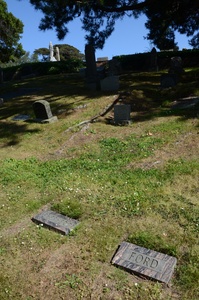 CC SA-BY Our OaklandElizabeth died in 1907, and Archie died in 1912, "due to the infirmities incident to old age." Rev. S. E. Crowe, pastor of the First Methodist Church of Oakland, officiated at Archie's funeral. Both Elizabeth and Archie are buried in Mountain View Cemetery, in Plot 46, Lot 125 (in the east half of Plot 46). Next to their grave is a maker for Shepherd. 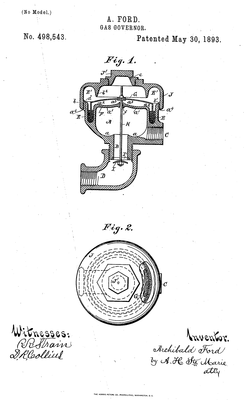