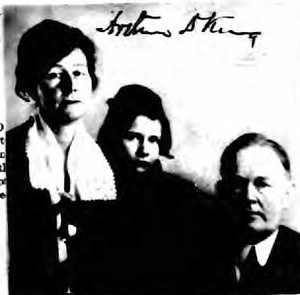 Arthur Dale King (August 16, 1872 – May 10, 1952) was a banker, lumberman, landowner, and namesake of the King Estate, which gave its name to King Estate Open Space and King Junior High. The land was also the site of the Oak Knoll Country Club.

King was married to Florence Lulu Yoakum (King), and they had two daughters: Geraldine Florence King (Cowgill) and Dale King (Christenson). The Kings lived in Piedmont for some years before moving to Hillsborough. The main source of King's wealth was land he had bought near Kettleman City, CA, which ended up being the location of a huge oil field. That land was sold for $18,000,000. 1

King was elected to the board of directors of Security Bank and Trust in 1914.

As far as I can tell, King did not "build the Oak Knoll Country Club" as is suggested by his obituary. 1 C. L. Post of Post Foods was the main force behind the building of Oak Knoll, though King owned the land. 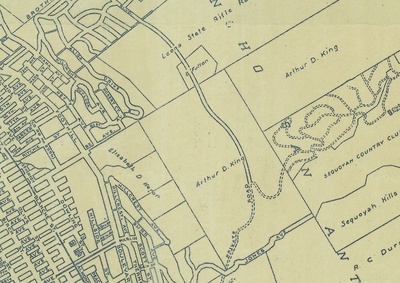