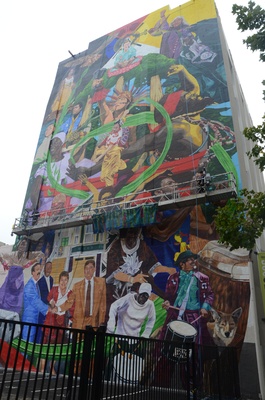 Work began on the "360 mural" in May 2020 at 360 - 14th Street in downtown Oakland. A mock up and detailed description can be found here http://crpbayarea.org/desi-mundo-breaks-down-the-360-mural. 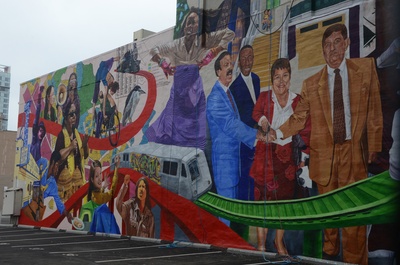 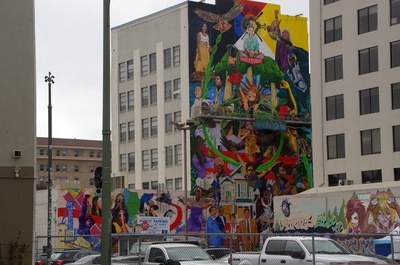