This is the first of the three walls (see the United Nations Mural and the Roots Run Deep Mural) painted for the opening of the Athen B. Gallery. It is by Ernest Doty and Ryan Montoya. The wall is absolutely huge and can be seen from 880. The wall was painted in June, 2015. Big writeup here: http://grid.vsco.co/journal/introducing-athen-b-gallery 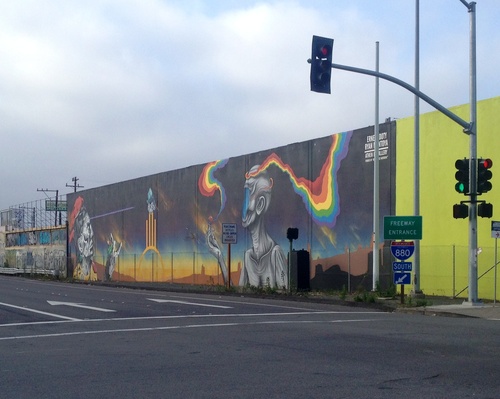 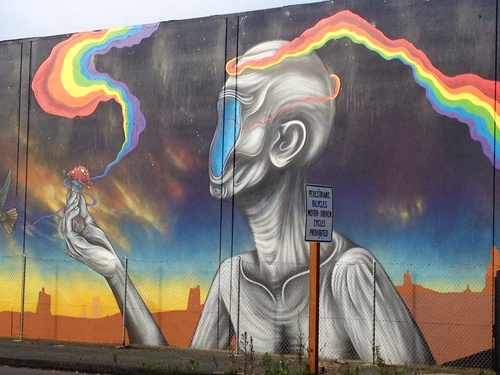 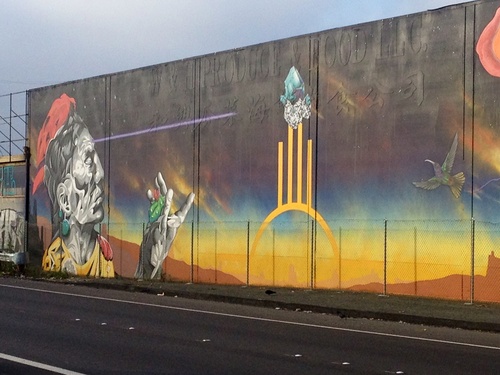 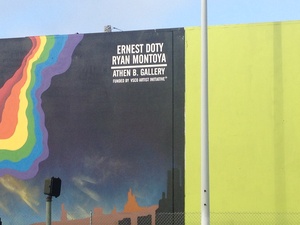