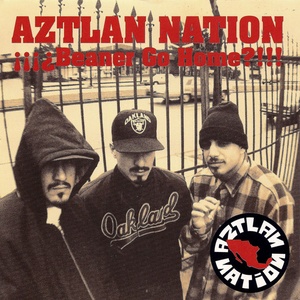 Aztlan Nation was a political Chicano hip hop group based out of West Side Berkeley, comprised of members from both Berkeley and Oakland. Formed in 1989, Aztlan Nation took on a Public Enemy-style with music based on Chicanismo and Chicano-conscious themes. Aztlan Nation rapped about racism against Latinos, especially undocumented immigrants, police brutality, gang violence and drug abuse.

Aztlan Nation was comprised of several members known as Cricket, Machete, Smiley, Dj Beto, and Chapo Azul.  They made one album (an EP) in 1992 called Beaner Go Home, which spoke against anti-immigrant Proposition 187, supported by then-governor Pete Wilson, and the anti-Latino Immigration sentiment at the time in California. They also appeared in many compilations and appeared at many concerts, and also rapped at various protest and political events that dealt with Chicanos and Latinos.