Barbara Parker is a lawyer who serves as City Attorney. 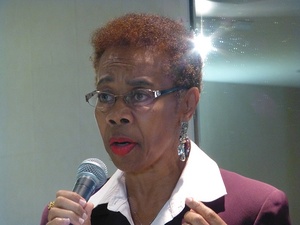 photo CC BY 2.0 by mlinksva

She received her undergraduate degree from the University of Washington. Parker graduated with a law degree from Harvard in 1975. She's a Democrat.

Every two weeks Parker meets with Mayor Jean Quan and City Administrator Deanna Santana, meetings that were canceled during the Russo years.

Through her career as Chief Assistant and City Attorney, she has:

Parker is president of the Black Adoption Placement and Research Center.