Alvord Barnes Wright (aka A. Barnes Wright) began a shirt making business in his home at 38 Rio Vista in 1919.  A small ad for “shirts made to order”1 in 1923 would announce the tag line he used for a number of years as his business grew. 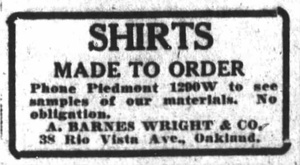 In 1929 he outgrew his home business and relocated uptown to 2210 Broadway according to a news item.2  A 1931 ad was typical for this period, promoting his ability to repair shirts as well as make new ones3. 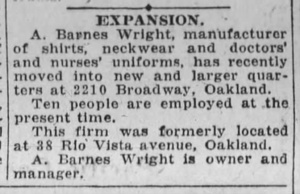 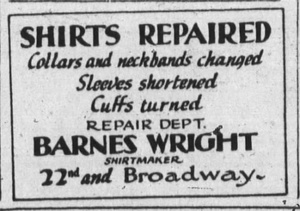 Then in 1936 an article announced his move to a beautiful location at 2034 Broadway4, across from the Paramount Theatre.  He loved the Spanish style of architecture, reflected in the many details of his new store.  A few years later he moved from his home on Rio Vista to a large, Spanish style house in Piedmont. 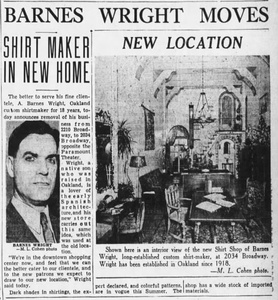 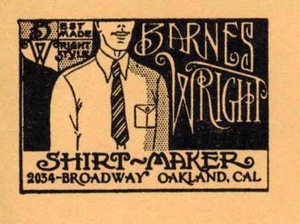 The business carried on for decades with small ads appearing in the Oakland Tribune such as these, often using the tag lines "tailoring at its best" and "made with great fineness". 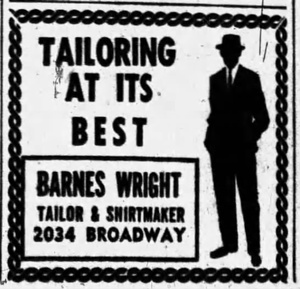 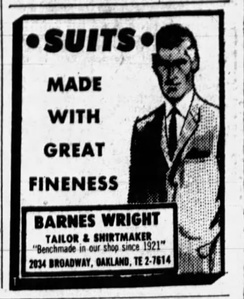 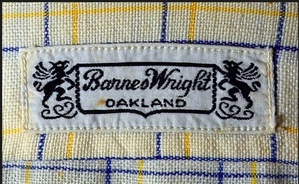 In 1965 a larger ad appeared announcing new management under Carlo Marello7 who had been a tailor in the shop for a number of years.  He promoted his acquisition of the shop with an ad in January 1966 stating that "times have changed"8. 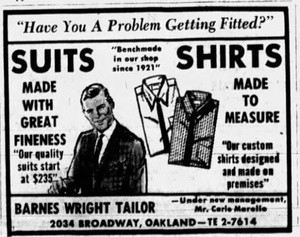 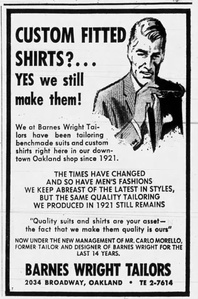 Marello added his name to the labels and provided a label for the owner to add his name and date as these 1969 examples illustrate. 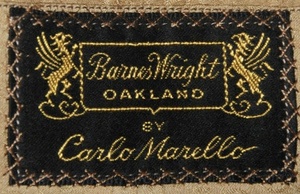 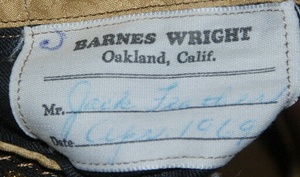 Mr. Wright died two years after his retirement in 19679 and is buried in Mountain View Cemetery. 10

These photographs were taken in 1968 by Peter Mintun, showing that the decorative features were still intact.  According to Mr. Morello’s obituary,11 he went out of business in the 1970s, probably around the time BART was being built through downtown Oakland. 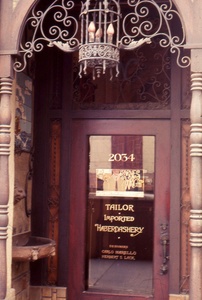 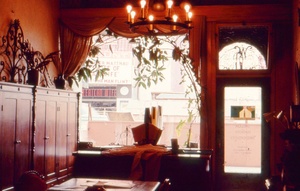 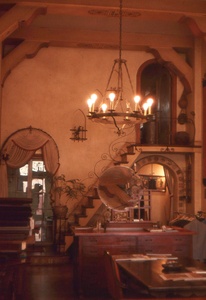