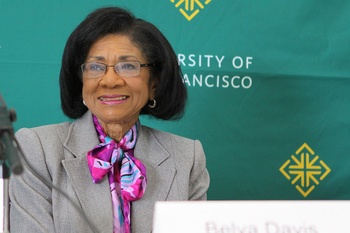 Belva Davis (born Belvagene Davis, October 13, 1932) was the first African American female television journalist of the West coast. During her lengthy and successful career she won eight Emmy Awards, along with numerous other awards.

At the age of eight, she moved from Louisiana with her family to West Oakland. When they arrived, they lived in a two-bedroom apartment with 11 people.

Ms. Davis is the author of her memoir Never in My Wildest Dreams. 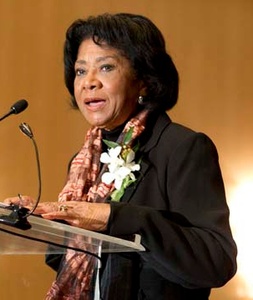